"We can actually look at a rishta for your daughter with AbRam," said Rani Mukerji 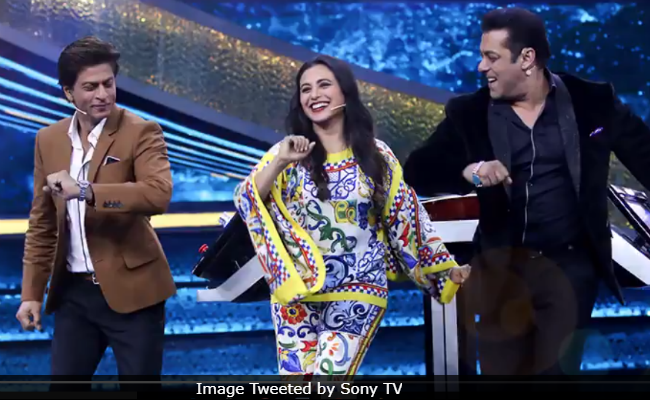 SRK, Rani and Salman on the sets of 10 Ka Dum. (Image courtesy: SonyTV)

Actress Rani Mukerji, Shah Rukh Khan and Salman Khan had the most interesting conversation on the sets of 10 Ka Dum recently. During the show, Shah Rukh Khan mentioned that his younger son AbRam is like Salman Khan, in the sense that he doesn't shy away from projecting his love for any girl that he meets, reports news agency IANS. Now, Rani Mukerji, who was also present on the show, jokingly said that she wished Salman had a daughter and that she would have been the perfect match for Shah Rukh's son AbRam. Rani said, "Salman, I wish you have a daughter. Your daughter will be the prettiest girl. She will be blessed with all your features. We can actually look at a rishta for your daughter with AbRam," stated IANS.

Shah Rukh Khan, who is known for his great sense of humour, responded to Rani, saying that Rani Mukerji should be renamed "Shaadi Mukerji" as she loves to being a matchmaker. "We shouldn't have called Rani on the show. She is at it. She is getting people married, making people plan their children, all on this show. She should be called Shaadi Mukerji," Shah Rukh said.