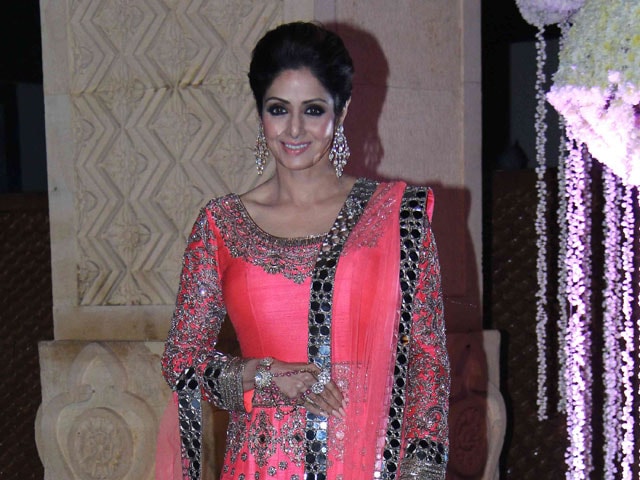 Bollywood diva Sridevi is all set to make her Tamil film comeback with Vijay's fantasy drama Puli after a gap of more than two decades.

Sridevi, 51, whose last cinema outing was English Vinglish, said she is enjoying her shooting schedules.

It gives me immense happiness to announce the title of my new Tamil film PULI. Its been a wonderful experience working with the cast & crew.

Sridevi will features as actress Hansika Motwani's mother in the film, which also stars Shruti Haasan and Sudip.

Promoted
Listen to the latest songs, only on JioSaavn.com
Wife of producer Boney Kapoor, the actress started her career as a child artist in MA Thirumugham's devotional film Thunaivan at the age of four, and continued to act as a child artiste in Tamil, Telugu, Malayalam and Kannada films.

She made her Bollywood debut as a child artiste in the hit 1975 film Julie and played her first adult role at age of 13 in Tamil film Moondru Mudichu.