Sridevi Is Irreplaceable, Won't Make Mr India Sequel For The Heck Of It: Anil Kapoor 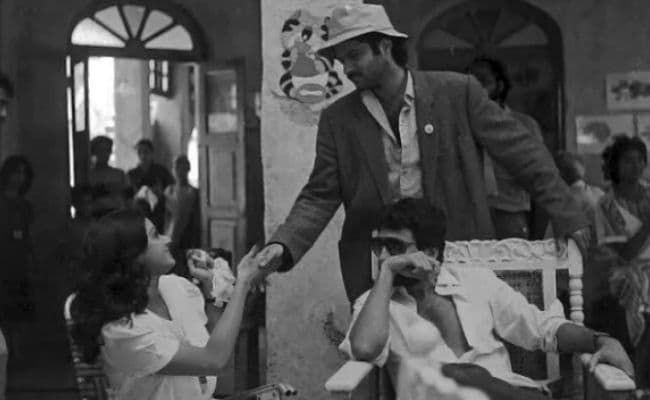 Anil Kapoor and Sridevi on the sets of Mr India.

The Mr India sequel you've been waiting for may not be made after all. Speaking to Mumbai Mirror, actor Anil Kapoor, who played he titular role in the 1987 film, said that the filmmakers haven't 'cracked a story yet' and because Sridevi is 'irreplaceable.' "We haven't cracked a story yet. I'm a part of several franchises but I'm not making a sequel for the heck of it, ditto for Boney Kapoor (the producer of Mr India. Also, both Sridevi and Amrish ji (late actor Amrish Puri) are irreplaceable," Anil Kapoor was quoted as saying. Sridevi played the female lead opposite Anil Kapoor while Amrish Puri was cast as iconic antagonist Mogambo. Mr India was directed by Shekhar Kapur.

Boney Kapoor announced the sequel to Mr India in 2012 and at that time he had also said that Anil Kapoor and Sridevi will reprise their respective roles. However, after Sridevi died in Dubai in February last year, a source close to the Kapoors told Bollywood Hungama that the project has been shelved as, "It makes no sense to have a sequel without Sridevi. It's like Mother India without Nargis..."

Mr India gave Sridevi two of her careers' many iconic songs - Hawa Hawai and I Love You (Kate Nahin Kat Te). Like the film's hero, the antagonist of Mr India also became iconic in the years after the film released. "Mogambo khush hua!" is one of Amrish Puri's oft-quoted dialogues.

Sridevi died by accidentally drowning the bathtub of a hotel in Dubai. She is survived by her husband Boney Kapoor and daughters Khushi and Janhvi. Sridevi was last seen in Mom, her 300th film, for which she awarded Best Actress National Award posthumously.