"Hope we make you proud mumma, because that's the only thing that keeps us going," wrote Janhvi Kapoor 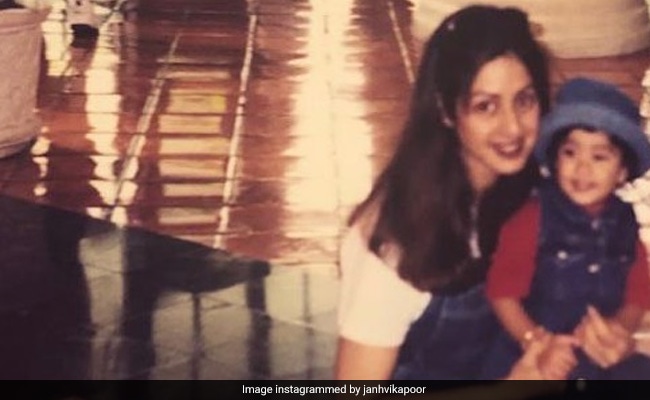 A throwback of Janhvi and Sridevi. (courtesy janhvikapoor)

Sridevi's daughters Janhvi and Khushi Kapoor remembered her on her 4th death anniversary on Thursday. Janhvi Kapoor, sharing a throwback picture her late mother, wrote in an emotional caption: "I've still lived more years with you in my life than without. But I hate that another year has been added to a life without you. I hope we make you proud mumma, because that's the only thing that keeps us going. Love you forever." Sridevi, who was often addressed as Bollywood's "first female superstar," died in Dubai in 2018, where she attended a family wedding.

This is what Janhvi Kapoor posted:

Janhvi's sister Khushi also remembered her mother. She shared a childhood throwback with mom Sridevi in her Instagram story and simply added a heart emoji along with it.

The actress' last film was MOM (2017), which was also backed by her husband Boney Kapoor, for which she was posthumously awarded the National Film Award for the Best Actress in 2018.

Janhvi and Khushi are Sridevi and Boney Kapoor's daughters. Janhvi Kapoor made her Bollywood debut with Dhadak in 2018 and has starred in several projects since then. Khushi studied in New York and aspires to be an actress like her sister. She will reportedly star in he Hindi adaptation of The Archies comics, directed and produced by Zoya Akhtar.