Sridevi And Daughter Jhanvi Were The Stars Of Manish Malhotra's Party. See Pics 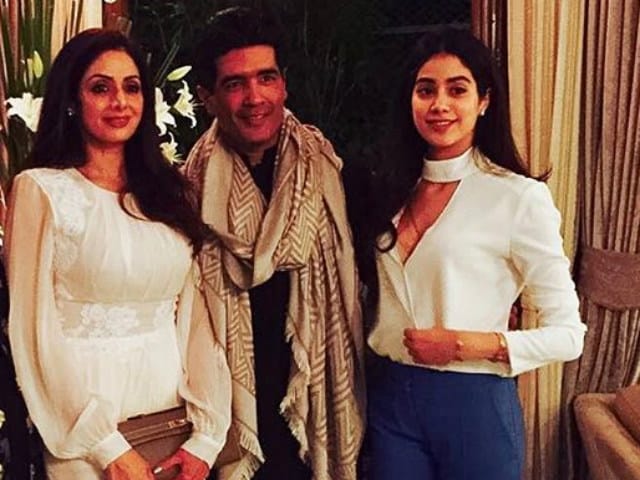 New Delhi: Sridevi's elder daughter Jhanvi Kapoor is prepping for her Bollywood debut and has been attending parties with her star mother for a while now. Jhanvi, all of 19, was Sridevi's plus one at a party hosted by Manish Malhotra on Friday night in honour of fashion critic Suzy Menkes' visit to India. The celebrated designer hand-picked celebs for his guest-list, with actresses like Kriti Sanon and Sonakshi Sinha arriving at his residence on Friday. Jhanvi and Sridevi walked in together and the spotlight followed them everywhere. 19-year-old Jhanvi and Sridevi have opted for ensembles from the shelves of Manish Malhotra more-than-often.

Sridevi and Jhanvi were partly colour-coordinated at the party. Sridevi opted for a classy set of white separates and brown clutch while Jhanvi added a splash of colour with the blue trousers, which she teamed with a choker-style blouse. Jhanvi seems to believe in less is more - stone studs are all she accessorised her look with. Ten on ten, Jhanvi. 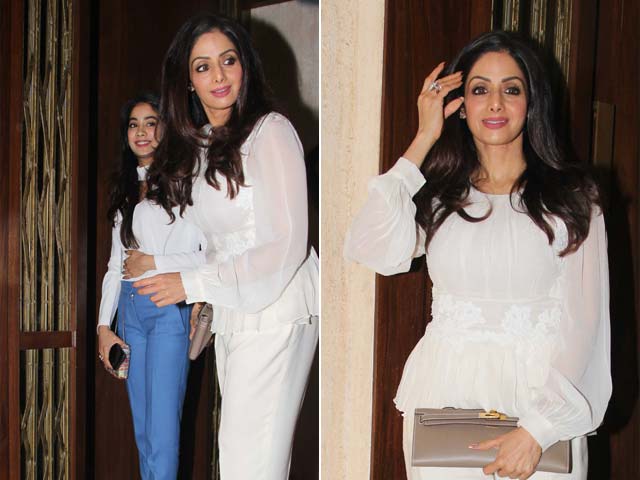 Meanwhile, Sonakshi Sinha made a fashion faux pas of sorts. She opted for a cold shoulder tunic with beige pants and gold pumps. Umm...okay. Dilwale actress Kriti Sanoon stood out in rich red - she clubbed a rich red number with wine-coloured heels. 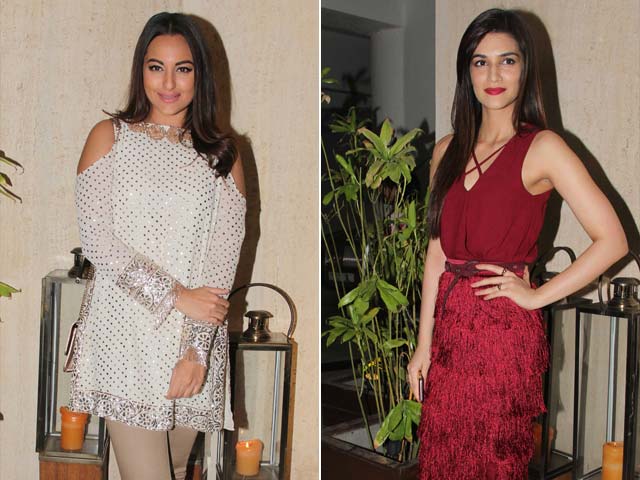 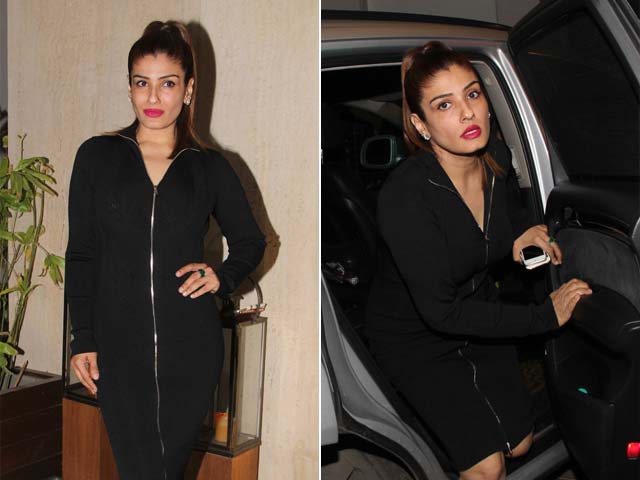 Sridevi and Jhanvi also made appearances with the youngest member of the family - Khushi Kapoor. The trio set flashbulbs popping when they stepped out for dinner in November last year. 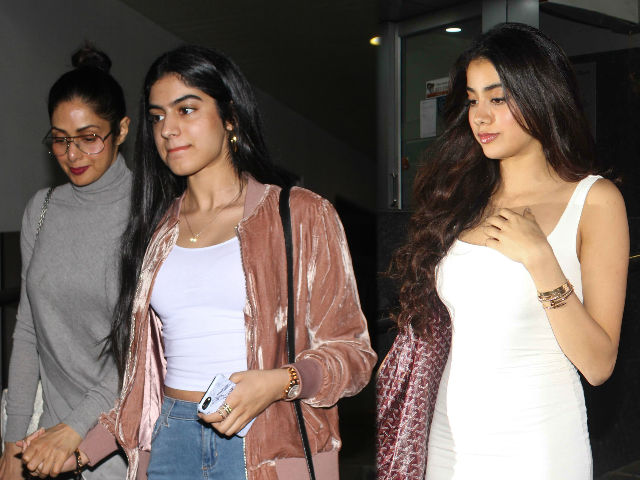 Sridevi, Jhanvi and Khushi in Mumbai

Sridevi and Jhanvi also held the top trending spot on social media for a while when Manish Malhotra instagrammed this pic:

Promoted
Listen to the latest songs, only on JioSaavn.com
Meanwhile, Rumours are rife that Jhanvi's maiden Bollywood film will be with Karan Johar and that it could be the Hind remake of Sairat. However, this is what Jhanvi's filmmaker father Boney Kapoor said in an interview with DNA: "Yes, Karan has been talking to us about a film for Jhanvi and we've given consent. But we don't know which project it would be. Since Karan has recently acquired the remake rights of Sairat it is being presumed that our daughter would be launched in this project."

Sridevi made her comeback to Bollywood with 2012's English Vinglish directed by Gauri Shinde. Her upcoming film is Mom which is directed by Ravi Udyawar and produced by her husband Boney Kapoor.