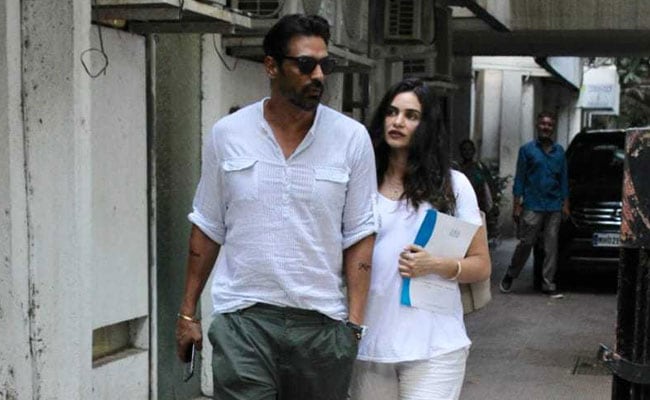 Arjun Rampal and Gabriella Demetriades outside a Mumbai clinic.

Actor Arjun Rampal and Gabriella Demetriades, who are expecting their first child together, were spotted visiting a clinic on Thursday evening. Arjun and Gabriella, twinning in white, stepped out hand-in-hand as the paparazzi clicked their pictures. Neither of them appeared to be unperturbed by the paparazzi intrusion and went about their work normally. Arjun is currently separated from his wife Mehr Jesia with whom he has two daughters Mahikaa and Myra. After 20 years of marriage, Arjun Rampal and Mehr Jesia announced their separation and their divorce proceedings are currently underway. Arjun Rampal announced Gabriella's pregnancy on social media last month.

Here are pictures of Arjun Rampal and Gabriella Demetriades outside the clinic: 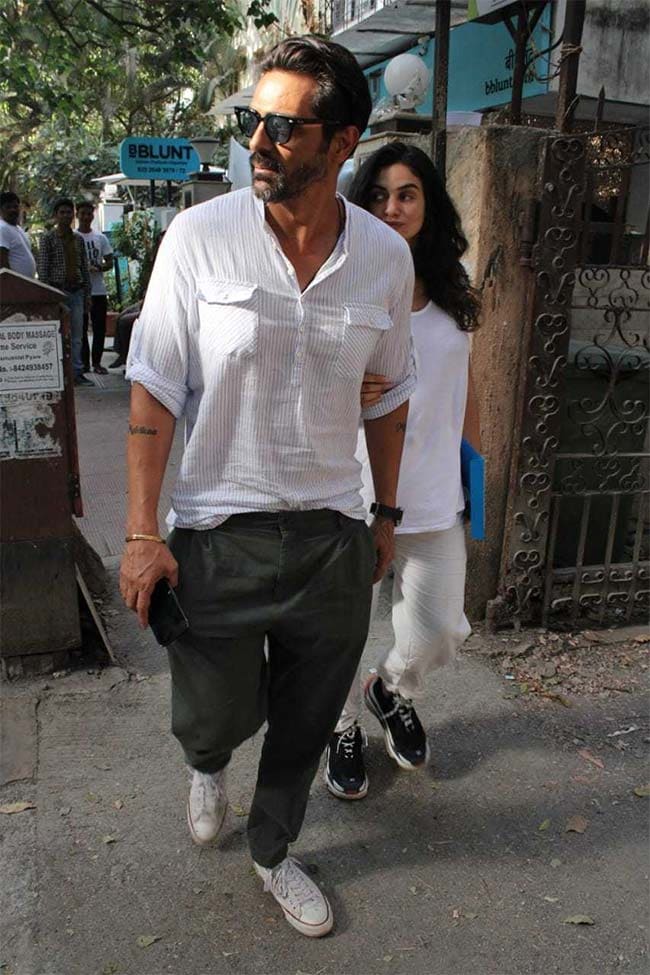 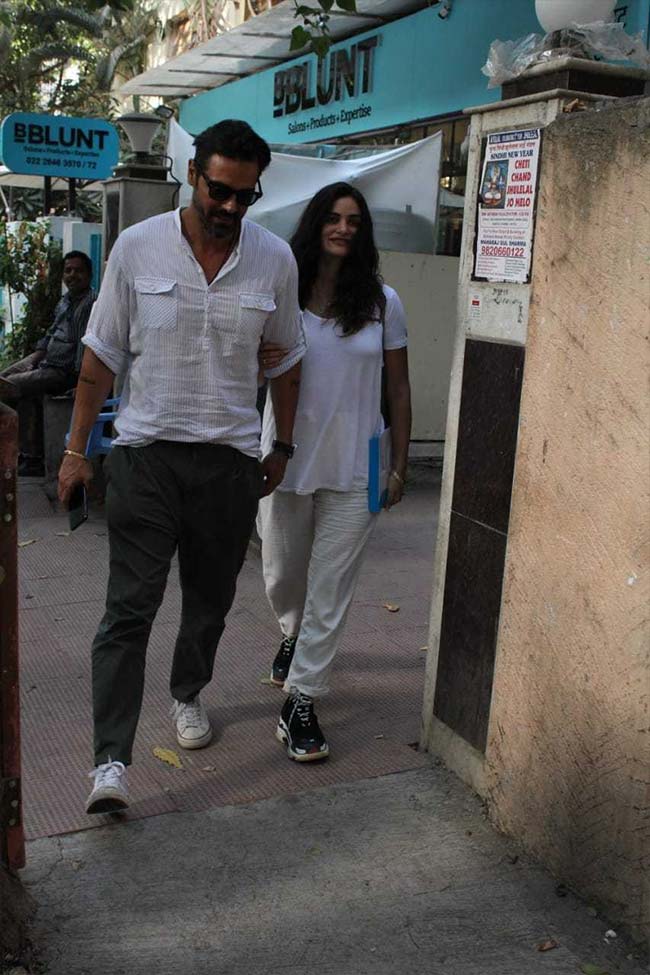 Earlier in the day, Gabriella Demetriades met her friends for brunch at Sequel, Bandra: 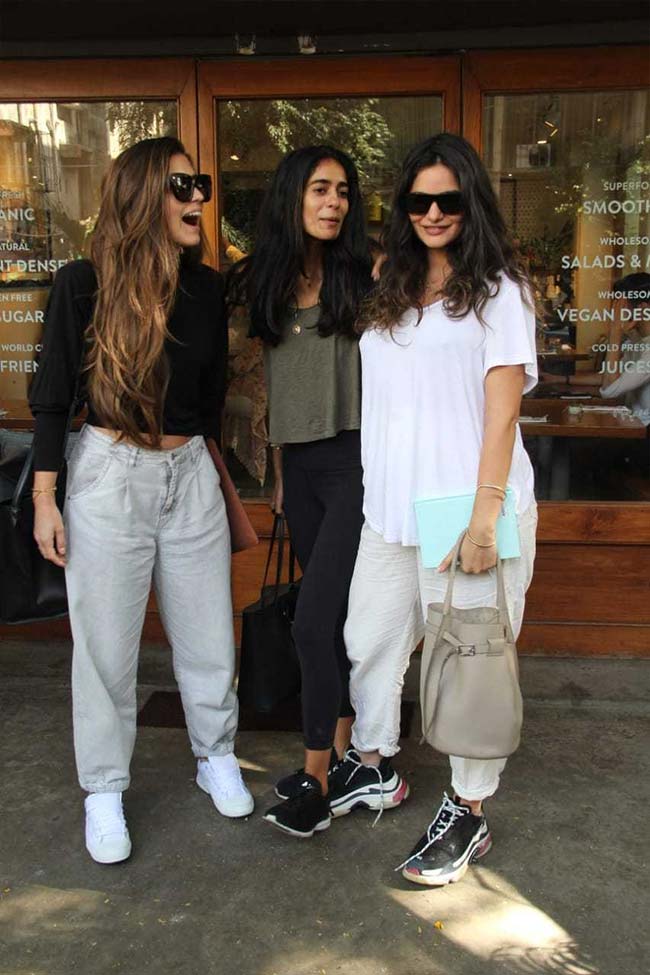 Arjun Rampal reportedly first met Gabriella Demetriades during an Indian Premier League after-party in 2009, when he was still with his wife Mehr Jesia. Gabriella and Arjun apparently reconnected later. After Arjun and Mehr separated, he was spotted with Gabriella at several media events and they frequently cross paths with the paparazzi after their outings.

On the work front, Arjun Rampal was last seen in JP Dutta's Paltan while he's filming Nastik, co-starring Meera Chopra. Gabriella Demetriades is a South African model and she has featured in Bollywood film Sonali Cable. Gabriella told news agency IANS that she doesn't want to star in a Bollywood film but she's open to star in a Netflix project or an Indian produced project for an English speaking role.