Mehr Jesia has come to terms with the fact that Arjun Rampal has moved on, says her friend 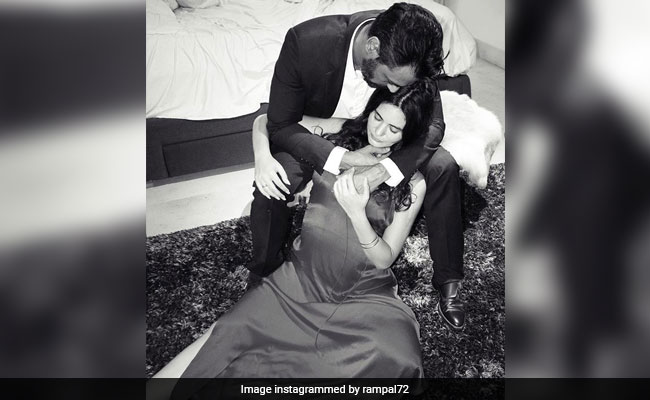 Arjun Rampal announced his girlfriend Gabriella Demetriades' pregnancy with an Instagram post earlier this week, which Mehr Jesia - Arjun's estranged wife - "took rather sportingly" her close friends told Mumbai Mirror. After 20 years of marriage, Arjun Rampal and Mehr Jesia announced their separation and their divorce proceedings are currently underway. A close friend of Mehr told Mumbai Mirror that though they've not been granted a divorce yet, Mehr has to come to terms with the fact that Arjun Rampal has moved on. "They are still working out the financial terms of the separation... Mehr is a wonderful mother and wants to do what works best for her children," the friend added.

Arjun Rampal and Gabriella Demetriades first reportedly met during an Indian Premier League after-party in 2009, which was much before he separated with his wife Mehr Jesia. They apparently reconnected later. Arjun and Gabriella have been spotted together at several media events and they frequently cross paths with the paparazzi after their outings.

Gabriella Demetriades is a South African model and she featured in 2014 film Sonali Cable. She recently told news agency IANS: "I did just one film. Honestly, I didn't love the experience in it. So, I didn't want to do another film. So, I made my way back into the fashion space because that is where I feel most comfortable."