Arjun Rampal and Mehr Jesia have mutually decided to separate 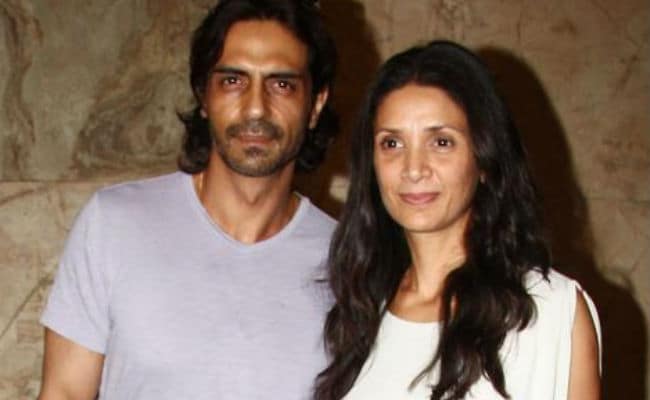 Arjun Rampal and Mehr Jesia at an event in Mumbai

New Delhi: Actor Arjun Rampal and his wife Mehr Jesia, who married 20 years ago, have mutually decided to separate. The duo announced their separation via a joint statement. "After a 20-year-long beautiful journey filled with love and beautiful memories, we would like to share, that all journeys have different paths. We feel that it is time for us to move on to different destinations henceforth. We have always been solid when it has come to us, we will continue to be solid for each other and our loved ones, as we embark upon a new journey," read an excerpt from their statement.

"Both of us being extremely private people feel strange to be making this statement, but such are the circumstances of our lives. Where the truth can get distorted and lost. We are a family, our love for each other is forever intact and we shall always be there for one another and most importantly, for our children Mahikaa and Myra. We would therefore appreciate our privacy through this time. Thank all for their support. Relationships can end, but love lives on. We won't be commenting on this any further," read the statement released by Arjun and Mehr.

Promoted
Listen to the latest songs, only on JioSaavn.com
Years ago, Arjun and Mehr's separation rumours had trended big time. Several media reports claimed that the couple had filed for a divorce after they were 'spotted' at a Bandra court. The actor later dismissed reports and tweeted this: