Daddy Movie Review: Arjun Rampal's Powerful Performance Creeps Up On You Without Warning

Daddy Movie Review: Arjun Rampal plays Arun Gawli as a time bomb waiting to explode. There are no extra toppings, bonuses to this performance. 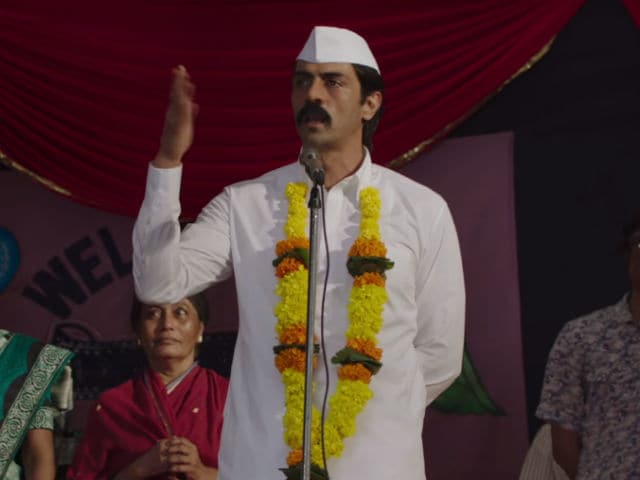 Ask any actor of some worth. It is not easy to play a known living character. Audiences and the character that you are playing, plus their close associates, judge the performance with scrutinized harshness and normally find it wanting. Not this time. Not Arun Gawli. Not Arjun Rampal, who has shaped into one of Hindi cinema's most dependable actors who does his roles with such smooth efficiency and such noiseless excellence that we are liable to miss the point.

Don't make the mistake of confusing Arjun's laidback wisdom in portraying the gangster-philanthropist-parliamentarian-convict Arun Gawli as a Devgn-esque laziness. This is a power-packed implosive performance. Rampal plays Gawli as a time bomb waiting to explode. There are no extra toppings, fringe benefits, perks or bonuses to this performance. 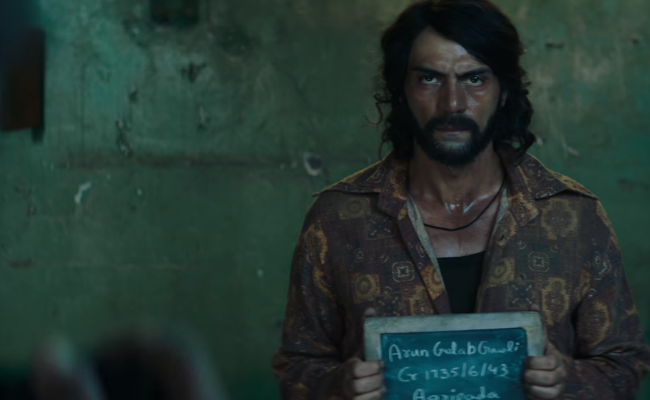 Rampal plays it straight. Director Ashim Ahluwalia gives the actor no room to stretch out his character's inner world. Fleeting looks and fugitive gestures add up to making Rampal's Gawli one of the most comprehensive projections of guilty gangsterism in recent times.

Comparisons are not called-for. But I can't help compare Rampal's Gawli with Shah Rukh Khan's Raees. The two sagas of Robin Hoods with furious FIRs on their wanted heads, bear many similarities. Except that Shah Ruh could never enter his gangster character's world.

Arjun goes right in. He is the only recognizable face (provided his physical and emotional transformation leaves any room for recognition) in the vast cast of what I suspect to be several real-life anti-socials. Cannily, the director builds the quirks around killings and feuds of criminal clans through actors who surrender to their characters with a brutal velocity.

Watch out for Rajesh Shringapure as Gawli's accomplice Rama and Farhan Akhtar playing Dawood as so cool, you may confuse the jungle for the greenery. There is a brilliant conniving female character Rani (played with smouldering slyness by Shruti Bapna) who uses sex as an ATM machine. Rani tells part of Gawli's stories. Other people associated with his life tell the rest. 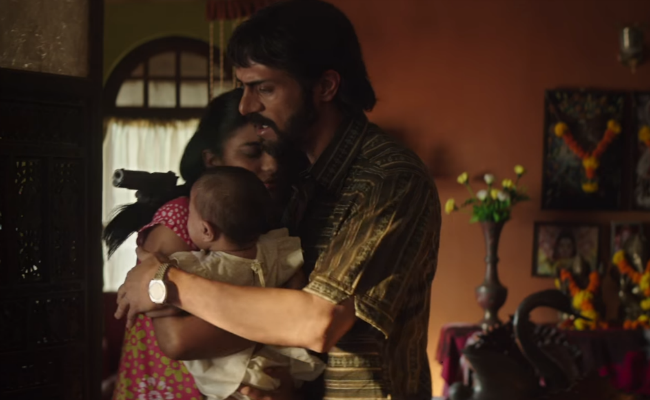 The editors piece together the saga with layered urgency. This is not an easy story to tell or for us to comprehend. There is no room here for any actor, least of all Rampal, to strut with guns and appear even remotely macho. If you are looking for a stylish take on gangsterism, look elsewhere.

Besides its technical excellence, the biggest achievement of Daddy is its portrayal of violence as swift, repugnant and utterly ugly. The shootouts and here I would like to commend action director Shyam Kaushal, are brutal, terse and to the point. The killers do their business with swift professionalism leaving no room for self-congratulatory paeans to violence that Tarantino, Coppola and nearer home, Mukul Anand and Mani Ratnam have specialized in.

In one notably savage attack, a petty gangster infiltrates a jail cell and pounds an inmate to a pulp after shooting him. What we see is the gut-churning fury of violence in all the graphic sequences of gangrenous gang wars where we hear every bone crunch with the wince-inducing impact of a blow delivered in our popcorn-munching faces.

For me, the real hero of Daddy, besides Rampal (and some, not all, of his co-actors) is the sound editor Sangik Basu followed by the cinematographer Jessica Lee Agne aided by Pankaj Kumar who bring to the frames a sinking feeling of an unwashed blood-soaked doom.

The narrative spares no smiles and laughter in portraying Gawli as a reluctant gangster forced to pull the trigger against his better judgment. There are smirks galore, though. I've yet to see a film that has more characters displaying sneering contempt for their adversaries. If there are five characters on screen, each one is doing something that will drive the plot forward.

"Does he owe you money? Why are you after his life?" she mumbles.

Strain hard to listen. The sounds of death, violence, corruption and decay are omniscient in this saga of a man who would rather be a messiah. The problem here is there are so many characters colonizing Gawli's perverse kingdom played by actors who don't act, and the unsparing editing (Deepa Bhatia, Navnita Sen Dutta) that won't let the audience breathe in the toxic fumes of fury for long. Consequently, many of the dark disturbing characters are lost to us. 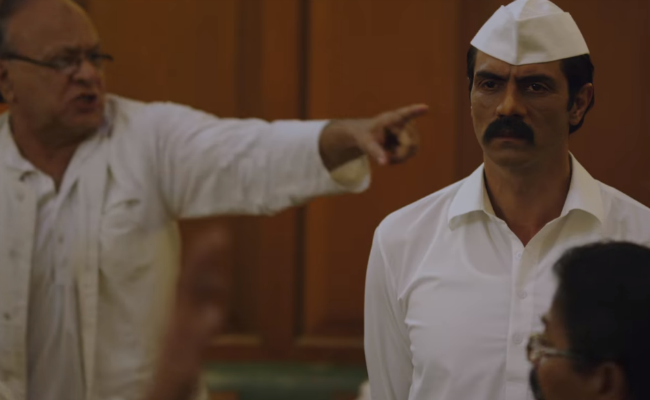 So here's what we do: watch the film very, very closely. It is a difficult but finally hugely rewarding experience. The performances are so minutely non-bravura that the characters are so into their world of self-destruction that we are left looking in without ever being allowed to be part of the design of doom.

See the film, maybe twice over to get the nuances. See it for the austere unflinching portrayal of violence. For sounds and visuals that do not afford us the luxury of aesthetic gratification. And most of all, for Arjun Rampal's powerful performance that creeps up on us without warning.

Promoted
Listen to the latest songs, only on JioSaavn.com
I would call it a tour de force but for the abject absence of flamboyance in the presentation.