Spot Ranbir, Arjun, Sonam in This Childhood Pic. It's Not a 'Piece of Cake' 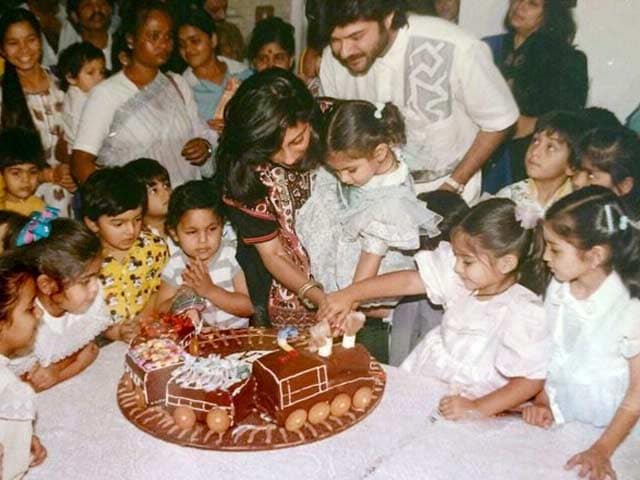 New Delhi: They can easily be counted among Bollywood's A-list stars. But there was a time when Sonam Kapoor, her cousin brother Arjun and the 'other' khandaani Kapoor - Ranbir had far more important things on their mind than acting.

Grabbing the best piece of cake was perhaps high in their wish-list, this picture from their childhood, shared by Sonam's actor-father Anil Kapoor suggests. The occasion was the birthday party of Anil Kapoor's younger daughter Rhea and the pic features a pint-sized Arjun and Sonam focusing their entire attention on the cake.

You grow wiser & more beautiful each day @RheaKapoor Happy B'day!! P.S.: Cakes are to be cut not eaten in our family pic.twitter.com/JI76gPxsXO

Arjun and Sonam's aunt Sridevi, second wife of Boney Kapoor, took her own trip down memory lane and posted an adorable photograph of her elder daughter Jhanvi. We can guarantee you wouldn't have been able to recognise her either:

Sonam Kapoor, star of films such as Neerja and Prem Ratan Dhan Payo, is considered a fashion flag-bearer of sorts for Bollywood at international events such as the Cannes Film Festival. Arjun Kapoor has established himself as a powerhouse performer with films like 2 States and Finding Fanny. The actor is known to be close to Sonam and her sister Rhea and often converses with them on Twitter. Jhanvi is already considered to be a star-in-the-making and is reportedly undertaking acting classes before her film debut