Spider-Man: Homecoming Trailer - Tom Holland Shows The Many Ways To Have Fun As A Superhero 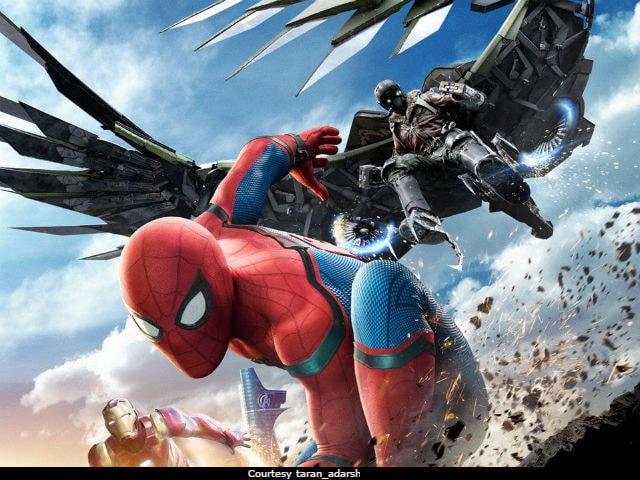 Spider-Man: Homecoming Trailer: A poster of the film (courtesy taran_adarsh)

New Delhi: Nothing much here, just the new trailer of Spider-Man: Homecoming. The new trailer is high-octane, yes, but is also high on the many ways the new version of the younger spidey enjoys his super-powers (in a good way, of course). He steals Captain America's prized possession, the shield, and is amused. He reaches for a hug from the Iron Man and chats up about catching up with the other Avengers with his classmates. He's tasted adventure and is hungry for more. Iron Man aka his mentor - the very outspoken billionaire-turned-superhero Tony Stark - calms him down and promises more fireworks soon.

Enters Michael Keaton as Adrian Toomes. For those who don't know, he is Spider-Man's loyal enemy - The Vulture. Technologically equipped and updated, this antagonist is a pretty cool one and the webbed superhero describes him as "crazy dangerous." The Vulture simply wants to live up to the belief - "The world's changed. Time will change too" - while Peter Parker sees trough his ploy - "collecting stuff from avengers battle and building these crazy weapons," he says.

Promoted
Listen to the latest songs, only on JioSaavn.com
Tom Holland replaced Andrew Garfield in the second reboot of the Spider-Man franchise. Earlier in an interview to Variety, Tom Holland sounded excited about the role. "I deserve to be here and I'm going to give it my best," he said. He also made a confession saying the Spidey suit is actually pretty uncomfortable. Meanwhile, the trailer of Spider-Man: Homecoming releases in 10 Indian languages.

Directed by Jon Watts, the new Spider-Man entry is scheduled for July 7, 2017.