Peter Parker is slightly reluctant to take up his Spidey duty in Spider-Man: Far From Home unlike how he was in Homecoming 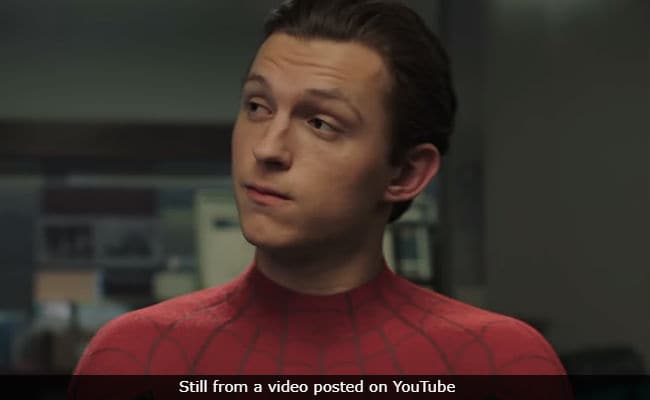 Spider-Man will return! Marvel Studios dropped the teaser trailer of Spider-Man: Far From Home, which reveals that Spider-Man will rise from the ashes (almost literally, as he turned into dust at the end of Avengers: Infinity War) after the events of Avengers: Endgame. Tom Holland reprises the role of the web-spinning superhero, who signs up for a school vacation to Europe. In Spider-Man: Homecoming, Peter Parker was always motivated to put on his superhero suit and fight the bad guys. However, in Far From Home, it appears that Peter Parker is slightly disenchanted - he's reluctant to take his Spidey suit on vacation (he never parted with it in Homecoming) and puts it on only after Nick Fury (yes, he'll be back too) lectures him, "You got gifts Parker, but you got a job to do... Are you going to step up or not?"

Yes, he does. When London is threatened by the Elementals (Sand Man, Molten Man and Hydro Man), Peter Parker becomes Spider-Man and fights the bad guys with Mysterio (whom Peter's classmates describe as "Ironman and Thor rolled into one"). Jake Gyllenhaal plays the role of Mysterio.

Aunt May (Marisa Tomei), who has accepted Peter's alter ego, also pushes him to fulfil his superhero responsibilities - she eventually packs the Spidey suit in his case.

Watch the teaser trailer of Spider-Man: Far From Home

And here's the International teaser trailer of Spider-Man: Far From Home (slightly different):

Far From Home teaser trailer also leaves viewers with some serious doubts about Tony Stark aka Iron Man's fate after Endgame. Unlike in Spider-Man: Homecoming, Tony Stark doesn't make an appearance here. In a scene we see that Pepper Pots (Tony's fiancee, who also manages the Stark Industries) is the signing authority for cheques issued by the Stark Industries. In addition, there are no new modifications in Spider-Man's suit and we know Tony Stark is a big fan of upgrading armour. Will Iron Man die in the battle against Thanos in Endgame? Is the death of his mentor the reason why Spider-Man is reluctant?