Spider-Man: Far From Home Trailer Has Avengers: Endgame Spoiler, Comes With Warning From Tom Holland Himself

Spider-Man: Far From Home teaser exploits the interconnectedness of a cinematic universe like few trailers can. 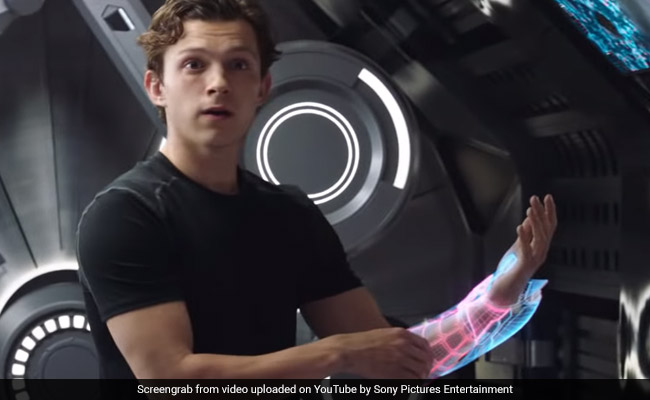 Tom Holland in a still from the new trailer of Spider-Man: Far From Home (courtesy YouTube)

This article, like the trailer it centers on, is heavy on Endgame spoilers.

Now we know just why Joe and Anthony Russo, the directors of Avengers: Endgame, last week declared Monday the conclusion of the #DontSpoilTheEndgame campaign, which kicked off with their April 16 open letter to fans, urging them not to spoil Endgame "for others, the same way you wouldn't want it spoiled for you."

On Monday morning, Sony and Disney released a trailer for this summer's Spider-Man: Far From Home, the sequel that serves as the end of Phase 3 of the $21 billion Marvel Cinematic Universe. Hot on the heels of "Endgame's" second massive weekend, Spider-Man star Tom Holland opens the three-minute trailer by saying directly to the viewer: "If you haven't seen Avengers: Endgame yet, stop watching, because there's some serious spoilers about to come up.

"But if you have seen Avengers: Endgame, enjoy the trailer."

And with that, Sony and Marvel have pulled off a rather sly feat - simultaneously piggybacking on the peak interest in Endgame while also creating an extra incentive for lagging MCU viewers to get thee to a theater quick to see how the Avengers film ends.

The Spider-Man teaser, in other words, exploits the interconnectedness of a cinematic Universe like few trailers can.

Disney is famed for its ability to create heat around a movie before it opens. But now we're witnessing a new wrinkle in marketing time: Sony and Marvel are providing content that they say should only be unlocked after seeing a movie that opened less than two weeks ago.

The Far From Home trailer spoils the climax of a movie that is still playing on more than 4,000 screens in North America alone. But it's tough to find fault in Sony and Disney's strategy: Strike while the Iron Man's hot.

Endgame has now grossed $2.189 billion worldwide, making it the second biggest movie ever before adjusting for inflation, according to studio estimates Sunday - trailing only 2009's Avatar ($2.788 billion).

Last we saw Holland's Spider-Man/Peter Parker in Endgame (again - big spoiler), he was saying farewell to his dying father figure/superhero mentor, Tony Stark (Robert Downey Jr.), five years into the future before time-traveling back to his high school.

In Endgame, Happy Hogan (Jon Favreau) promises to be a paternal figure to Stark's daughter, Morgan. Now in the trailer for "Far From Home" - a title that playfully suggests just how different this adventure will be from the franchise's preceding film, Homecoming - Happy comes across like a bit of a bumbling uncle to Peter. And the forthcoming movie will surely explain the specifics of Spider-Man's time-travel return, which raised some questions at the end of Endgame.

"Everywhere I go, I see his face. I just really miss him," Peter tells Happy in the new trailer, referring to Mr. Stark - an echo of how Tony Stark felt about Peter at the beginning of Endgame

Happy then refers to Iron Man's choice to sacrifice himself to defeat Thanos in Endgame - about as huge a spoiler as we've seen in any MCU teaser (which also features Nick Fury, best friend Ned, MJ/Michelle Jones and Jake Gyllenhaal's new Quentin Beck/Mysterio).

And with that, Endgame's" conclusion has given way to the beginning of the modern MCU trailer.