That exalted number pushes the blockbuster past Star Wars: The Force Awakens, which netted $2.07 billion, and Titanic ($2.18 billion) 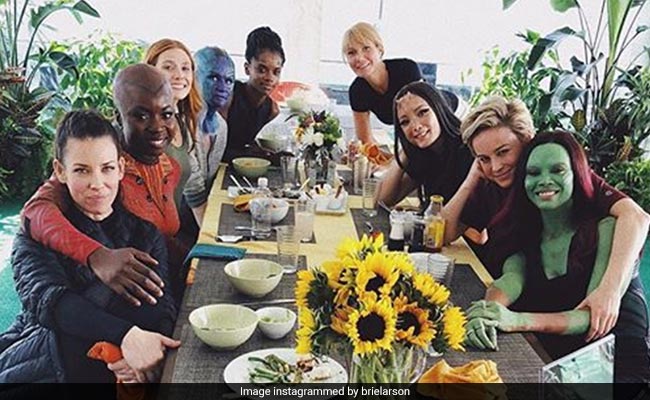 Disney and Marvel's Avengers: Endgame has stormed into historic territory, earning $2.19 billion worldwide in less than two weeks to become the No. 2 film of all time, industry watcher Exhibitor Relations reported Sunday.

That exalted number, which includes the film's estimated take of $145.8 million this three-day weekend in North America, pushes the superhero blockbuster past Star Wars: The Force Awakens, which netted $2.07 billion, and even Titanic ($2.18 billion).

Only Avatar ($2.79 billion) has done better. Yet Avengers hit its record total in just 11 days, taking in a stunning $575.8 million in China alone.

#tbt #throwback #flashback to the #Women of @marvelstudios #mcu lunch I had the pleasure of hosting... #girlpower #epic #bts (@jimmy_rich ) #TeamStark #thankyou good-times getting the ladies together...

Sony's psychological thriller The Intruder came in second, at $11 million. Michael Ealy and Meagan Good star as a young couple who buy a dream home in California's Napa Valley unaware that its previous owner (Dennis Quaid) plans to take it back -- at all costs.

In third was Lionsgate's romantic comedy Long Shot, at $10 million. Seth Rogen plays Fred Flarsky, an out-of-work journalist who has a romantic interest in his former babysitter (Charlize Theron) who -- now a candidate for the US presidency -- might seem a bit out of his reach.

In fifth place, hanging strong in its ninth week out, was Disney's Captain Marvel, at $4.3 million. Brie Larson stars as a former fighter pilot who gains superpowers.

(Except for the headline, this story has not been edited by NDTV staff and is published from a syndicated feed.)
Comments
avengers endgametitanic