Spider-Man: Far From Home - How Iron Man Lives On

Iron Man died saving the world in Avengers: Endgame but his legacy continues in Spider-Man: Far From Home. 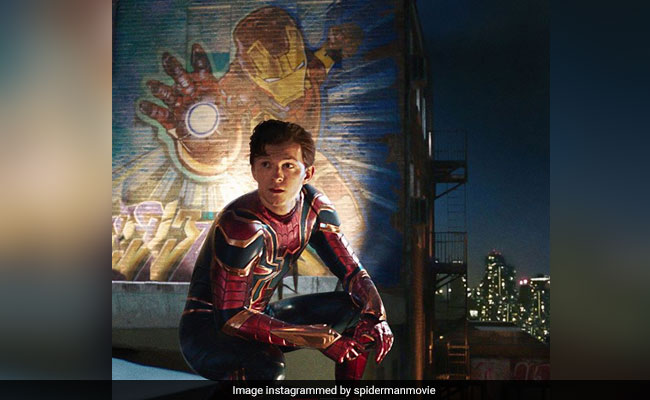 A still from Spider-Man: Far From Home. (Image courtesy: spidermanmovie)

Iron Man may have died while saving the world in Avengers: Endgame, but he comes alive in Spider-Man: Far From Home. How? Through his persona, legacy and technological inventions, like one aptly named 'EDITH' - an acronym for "Even Dead I'm The Hero".

If you haven't watched the film, here's a spoiler alert.

The Jon Watts directorial follows the aftermath of Avengers: Endgame. And Tom Holland's Spider-Man: Far From Home opens with a tribute to the superheroes that the world lost in Avengers: Infinity War and Avengers: Endgame, to the tune of Whitney Houston's "I will always love you".

From Holland's Peter Parker/Spider-Man grieving the death of Iron Man and trying to move on by going on a school trip to the world mourning the demise of their enigmatic superhero - Iron Man has a strong influence on the film.

Sony Pictures Entertainment India released the film in India in English, Hindi, Tamil and Telugu on July 4. On the small screen, it will premiere exclusively on &flix movie channel.

Iron Man's death haunts the movie with a visage painted on walls - from Queens to Venice, on murals and at candlelit memorials. And this makes every one ask one question - who will replace Iron Man?

Peter Parker seems to be the answer.

The makers keep drawing parallels between Peter and Tony - be it through almost a similar hairstyle or Peter inheriting a pair of Tony's signature sunglasses equipped with EDITH.

In one instance, Jon Favreau as Tony's close aide Happy Hogan is seen telling Peter: "I don't think Tony would have done what he did if he didn't think you were going to be here after he was gone". He even plays Back in black by AC/DC - the song used in the first Iron Man movie.

In fact, when Peter crafts his new Spider-Man suit using Tony's technology, Happy is seen taking a moment to take note of how Peter's technique is very similar to how Tony used to create his Iron Man suits.

While most of the people are expecting Spider-Man to rise to the occasion, there are some disgruntled ex-Stark employees who join together to be the next big superhero after Iron Man.

Initially, Peter feels Jake Gyllenhaal as Quentin Beck can be the replacement for his mentor Iron Man. But Beck is one of the jilted employees, who is out to avenge the moment when his technology dubbed as BARF was spurned by Tony.

Now, it is revealed that Beck was the one to invent the realistic hologram technology, with a flashback scene -- in which he is seen standing off-stage watching the presentation disapprovingly.

Another person with vengeance is a technician who was berated by Jeff Bridges' Obadiah Stane in Iron Man.

So, Tony Stark and his technology makes for the crux of the story.

And it seems the connection will continue as the film ends with Beck revealing Spider-Man's real identity, and his aspirations to be the next Iron Man in a negative connotation.

(Except for the headline, this story has not been edited by NDTV staff and is published from a syndicated feed.)
Comments
spider man far from homeiron mantom holland