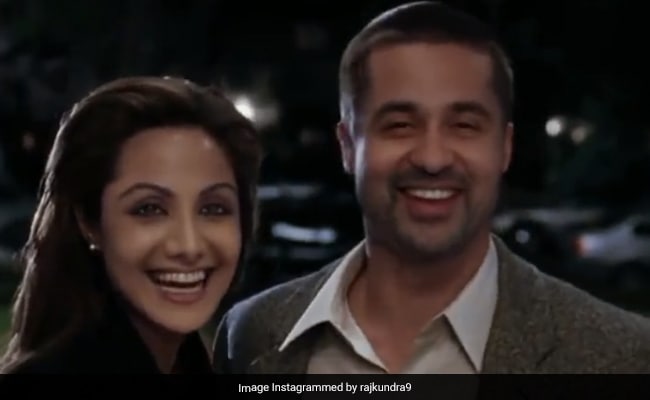 If you asked us to name a celebrity couple who could match the suaveness and oomph of Angelina Jolie and Brad Pitt's characters in the movie Mr. & Mrs. Smith, we won't lie, we'd have a whole list. After all, there are so many Bollywood couples who exude such bold chemistry, indomitable glamour, and unbridled collective confidence, that even Mr. & Mrs. Smith would be up for some tough competition. But there is no denying that there is one celebrity couple who is pretty high up on our list, and that's Bollywood's very own Mr. and Mrs. Kundra.

Yes, actress Shilpa Shetty and her entrepreneur husband, Raj Kundra, have been setting Instagram on fire with their version of the iconic action-romance film. In a video clip that Raj posted on his Instagram feed, we see the gorgeous Kundra couple edited into some of the most exemplary scenes from that film, flaunting the iconic moves of Jolie and Pitt.

The face-swap gave us an insight into just how well the Kundra couple could pull off the roles. In the caption, Raj wrote, “Mr. and Mrs. Kundra coming soon”.

Although it is obvious that he meant the caption as a joke, we would be lying if we said it didn't get our hopes high about an actual Mr. and Mrs. Kundra film.

This is not the first time the couple has displayed their technical savviness to remake such realistic videos from popular films.

Just about a month ago, when the family had tested positive for coronavirus, Shilpa's son Viaan-Raj Kundra swapped his mother with Hela, the Asgardian goddess of death from the Marvel Cinematic Universe, to signify how his mother was tackling the COVID-19 crisis. The video "put a smile" to his mother's face, as it did on ours.

In another such video, Viaan had swapped actress Gal Gadot with his aunt, Shamita Shetty, as Wonder Woman into scenes from the popular 2017 superhero film, Justice League.

This family really knows how to pique our imagination, which gives us all the more reason to wait eagerly to see them in action in another such fun video.

What do you think of Shilpa and Raj as Mr. & Mrs. Smith? Let us know in the comments.