"Are you ready for the action-packed super cop saga to unfold?" wrote Akshay Kumar 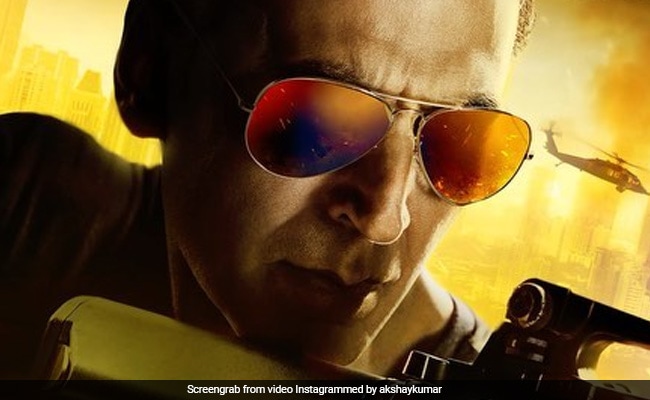 Sooryavanshi fans might have to wait for a day more to catch the film's trailer on social media but the film's lead actor Akshay Kumar quenched the curiosity of fans to some extent, by sharing a new motion poster from the film on Sunday. Akshay, who plays a cop in the Rohit Shetty-directed film, shared an update from the film on social media. The 52-year-old actor, along with the motion poster, posted a reminder that the trailer of Sooryavanshi will be out on Monday. Wearing a pair of tinted shades and with a rifle in his hand, Akshay looks intense in the motion poster. "Are you ready for the action-packed super cop saga to unfold? Sooryavanshi trailer out tomorrow," Akshay wrote.

Check out the motion poster here:

Sooryavanshi is the fourth film in Rohit Shetty's cop universe. Ranveer played the role of a police officer in the 2018 film Simmba while Ajay Devgn starred in the cop series Singham. In Sooryavanshi, Akshay will play the lead role of Veer Suryavanshi, a character that was introduced as an Anti-Terrorist Squad (ATS) officer in a cameo role in the 2018 film Simmba, which also starred Sara Ali Khan. Katrina Kaif will play Akshay's love interest in the film.