Sooraj Pancholi Wants to do a Film With Mother Zarina Wahab 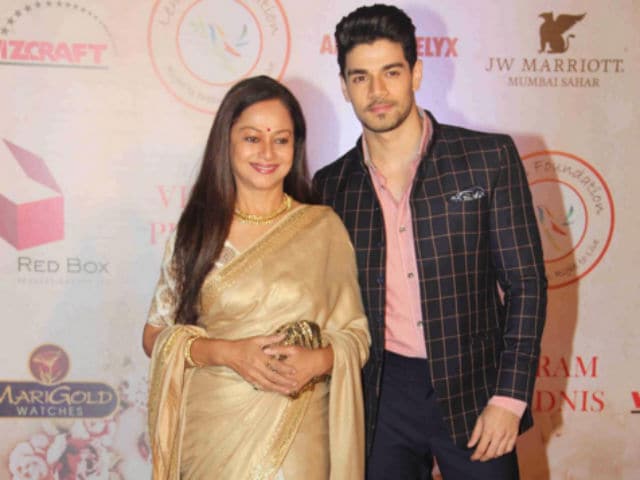 Dubai: Actor Sooraj Pancholi, who made his debut in Bollywood with Salman Khan's Hero last year, said that he wants to work with his mother veteran actress Zarina Wahab for his next film.

Sooraj, 25, who won the Best Debut Actor (male) at the second edition at the TOIFA, has already shared screen space with his father Aditya Pancholi in his first film, which also starred actress Athiya Shetty.

"I want to do my next film with her (Zarina Wahab). I have asked her if she would work in my next. She said that if she has time, she will see," said Sooraj.

Sooraj shared screen space with actress Jacqueline Fernandez for a music video GF BF, which garnered over 15 million views on YouTube. The actor said that he was overwhelmed with the response and "hopes to do more songs."

"I hope to do a lot of songs because that's when I perform and get money," Sooraj quipped.(Also Read: Jacqueline Fernandez, Sooraj Pancholi Want to Work Together. 'Hopefully')

There were reports that Sooraj has been roped in for a film with T-Series.

"We are still talking about it. Nothing is confirmed," added Sooraj. When do his fans see him onscreen next?

"Hopefully, by the end of this year," said Sooraj.