Sooraj Pancholi: Athiya Shetty Made Me Look Like a Hero 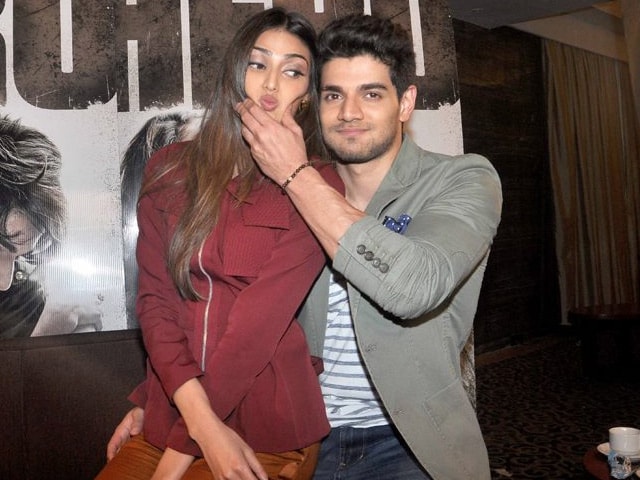 Sooraj and Athiya photographed at an event for the promotion of Heroin Mumbai.

Mumbai: Sooraj Pancholi considers Athiya Shetty, his heroine from their debut film Hero, as a huge support in the film industry.

During a promotional visit to a college, Sooraj and Athiya were asked to describe each other as a co-star.

Sooraj said: "Athiya is the biggest support in the entire film industry. Because of her I am looking like a hero in the film."

Athiya described Sooraj by saying: "He is fun, really funny - for all the girls - and naughty too. He troubled me and pulled a lot of pranks on the sets." But all in all, she said he is an "Amazing co-star. And he is hot". (Also Read: People Think I Want Publicity By Talking About Jiah: Sooraj Pancholi)

Directed by Nikhil Advani, Hero is a remake of Subhash Ghai's 1983 film of the same name. The original film featured Jackie Shroff and Meenakshi Seshadri in lead roles.