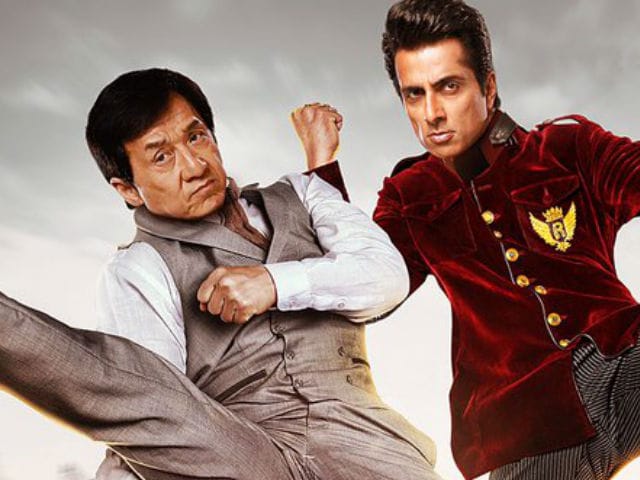 New Delhi: Deepika Padukone invited Vin Diesel to India for xXx: The Return Of Xander Cage promotions, earlier this month. Her Happy New Year co-star Sonu Sood, who is featuring with Jackie Chan in Indo-Chinese film Kung Fu Yoga, followed suit and is all set to host the Chinese star in India. Sonu Sood, 43, also has some special plans for Mr Chan, who reportedly arrives in India today. Sonu is planning to introduce Mr Chan to his Dabangg co-star Salman Khan, as he said in a video posted on Twitter last week. "Namaste Salman, I'm going to see you in India with my brother (pointing at Sonu Sood)," said Jackie Chan, 62, in the video. Sonu arrived in India a few days back after promoting the film abroad.

Bhai, @BeingSalmanKhan I have an unusual power packed surprise for you! See you soon in India #Pandeji Hum aah rahe hai @EyeOfJackieChanpic.twitter.com/61JTdmf5GF

Promoted
Listen to the latest songs, only on JioSaavn.com
Sonu Sood was last seen with Prabhu Deva and Tamannaah Bhatia in Tutak Tutak Tutiya, which released as Devi in Tamil. His other Tamil film Madha Gaja Raja is in post-production stage and is slated for 2017 release.

On the subject of bringing international co-stars to India, Priyanka Chopra hinted that Dwyane 'The Rock' Johnson may also come to India to promote their Hollywood film, Baywatch. She made a reluctant revelation on talk show Koffee With Karan. The beachside drama film is Priyanka's first Hollywood venture.