"Sushant Singh Rajput died, an actor died. Tomorrow, you can hear the same about a singer, or a composer, or a lyrics writer," Sonu Nigam said 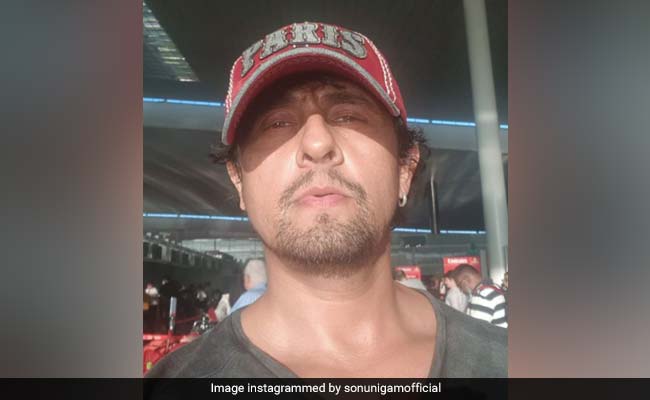 Actor Sushant Singh Rajput's death prompted Sonu Nigam to open up about the "cruel" machinations of the music industry in a new video blog. The 46-year-singer shared his vlog with a troubling caption, "You might soon hear about suicides in the music industry", in which he called out the "mafias" of the music industry, two of them in particular, without taking names. "Sushant Singh Rajput died, an actor died. Tomorrow, you can hear the same about a singer, or a composer, or a lyrics writer. Because the music scenario in our country... there are bigger 'mafias' here that in the film industry, unfortunately," said Mr Nigam. "The power rests in the hands of two of them... just two from the music industry. They own companies. They have the power to make someone sing or not sing," he added.

In the comments section on Sonu Nigam's video, several followers said that the music labels which the singer talked about are probably T-Series, Zee Music Company and even YRF Music.

"Everybody wants to 'rule' the business," said Sonu Nigam, who repeatedly requested to the alleged "music mafias" to be kind and considerate towards new talent with messages such as these addressed to them: "Don't do this! This is not right", "You will be questioned", "Be a little kind please, to the newcomers."

"I was lucky that I joined (the industry) at a young age, I escaped the clutches," he added, saying he joined music industry in Mumbai in 1991 but "I got out of it. I don't have any wish to sing for the last 15 years. It's ok. I am happy in my own world. But I have seen the frustration in the eyes, in the voice, in the words of new singers, new composers, new lyrics writers... tears of blood, sometimes."

Sonu Nigam also made an oblique reference to actor Salman Khan as he talked about an actor, at whom "fingers are being pointed" right now. Talking about replacing singers, Sonu Nigam said: "He's done that with Arijit Singh." In 2016, Mr Khan had reportedly asked to drop a song recorded by Arijit Singh from his film Sultan after he was offended by the singer's mannerisms at an award show.

Sonu Nigam wrapped his video alleging that in the past, he was called for song recordings and then his songs were dubbed by different artists. "If you can do this with me, then what you guys must have been doing with the newcomers," he said and added: "Hope more people don't die by suicide."

Sushant Singh Rajput died by suicide, say the police, who are carrying out an investigation. He was found dead at his Mumbai residence on June 14. The police will also probe allegations that Mr Rajput was depressed because of professional rivalry. Politician Sanjay Nirupam alleged Sushant lost six out of some seven films which he had signed in the last few months.