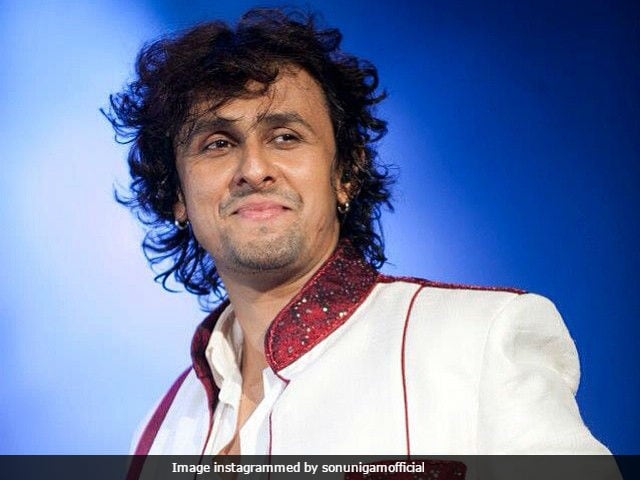 New Delhi: Singer Sonu Nigam is on the offensive after being labelled anti-Muslim for his tweets on the azaan. On Wednesday morning, Mr Nigam announced in a tweet that he would shave his head in the afternoon, in response to a fatwa allegedly issued by a Muslim cleric in West Bengal. "Keep your 10 lakhs ready," Sonu Nigam tweeted, inviting the press to be present. A report in DNA quoted a senior member of the West Bengal Minority United Council as saying, "If anyone can shave his hair, put a garland of old torn shoes around his neck and tour him around the country I personally announce an award of Rs 10 lakh for that person." Read Mr Nigam's tweets:

Today at 2pm Aalim will come to my place, and shave my head. Keep your 10 lakhs ready Maulavi. https://t.co/5jyCmkt3pm

And Press is welcome to participate at 2pm.

Sonu Nigam has been widely criticised for describing being woken by the morning azaan as 'gundagardi.' He posted a series of tweets on Monday morning complaining about the use of loudspeakers and was promptly trolled. Read the tweets he posted on Monday:

Mr Nigam's posts provoked a furious debate, with several interpreting his posts as being hateful of Islam. Others said the terms he used to make his point were offensive. Actor-director Pooja Bhatt posted this:

I wake each morning to the sound of church bells & the Azaan in a quiet by-lane of Bandra.I light an aggarbatti & salute the spirit of India

Sonu Nigam was also slammed by his colleague, composer Wajid Khan, and others who called for #BoycottSonu.

In subsequent tweets, Mr Nigam explained that he was objecting to the use of loudspeakers and not to the azaan or call to prayer itself. He denied that his tweets were critical of Islam.

People will misunderstand your tweet n give it a communal tinge, only those who know you will know you mean not to stoke a fire. https://t.co/P8NvIQ4m4s

Promoted
Listen to the latest songs, only on JioSaavn.com
The singer has been responding to some of his critics on social media, as well as retweeting those siding with him.

Sonu Nigam is best known for his playback singing in films like Kal Ho Naa Ho and Agneepath. His body of work includes songs like Zoobi Doobi, Abhi Mujhme Kahin and Main Agar Kahoon. Mr Nigam has served as a judge on the reality show Indian Idol 9 and is now helping launch cricket legend Sachin Tendulkar as a singer.