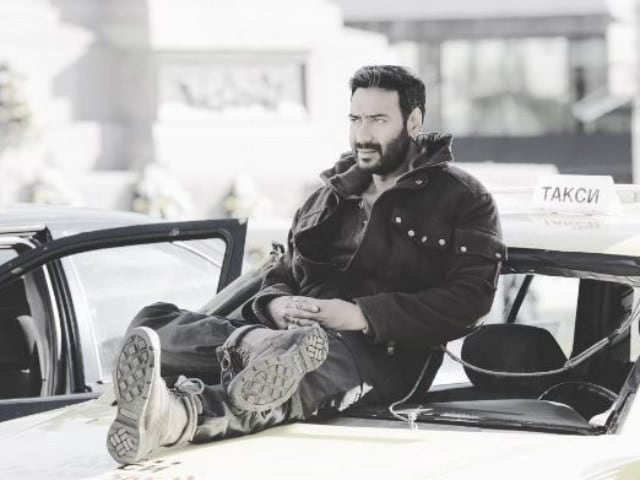 Actor Ajay Devgn shared the first poster of his new film Sons of Sardaar on Friday morning, and it looks right out of the pages of a graphic novel.

Sons of Sardaar is based on the 1897 Battle of Saragarhi, which was fought between 21 Sikh soldiers and as many as 10,000 Afghan invaders along the North West Frontier Province. All 21 died in the battle and posthumously received the Indian Order of Merit, which was British India's equivalent of the Param Vir Chakra.

Here's Mr Devgn's tribute to the warriors of Saragarhi:

Unveiling @SonsOfSardaar My tribute to Warriors of Saragarhi: A tale of Rage, of Love, of Bravery. #SonsOfSardaarpic.twitter.com/kjI44uCvzI

Almost a year ago, Mr Devgn made a promise about the film when he asked for best wishes on Twitter:

Need ur best wishes for Sons Of Sardaar, will match the scale of Hollywood war film 300 and based on epic Battle of Saragarhi. Diwali 2017

Ajay Devgn's upcoming film Shivaay releases on Diwali 2016 and looks like he has also booked the same spot next year for Sons of Sardaar. Mr Devgn starred in and produced 2012 action comedy Son of Sardaar but his new war drama is not a sequel to that.