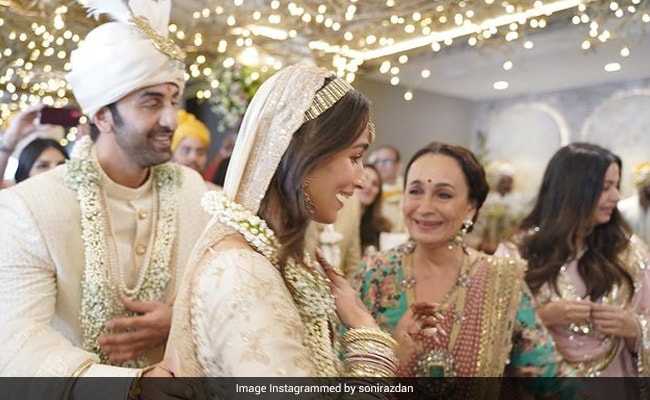 Alia Bhatt and Ranbir Kapoor welcomed a baby girl on Sunday. Alia announced the big news in her Instagram post, which read: "And in the best news of our lives:- Our baby is here...and what a magical girl she is. We are officially bursting with love - blessed and obsessed Parents! Love, love, love Alia and Ranbir." Alia's mom Soni Razdan, now a grandmother, wrote: "Oh happy day! So much gratitude to life for this amazing wonderful blessing of a gift. Thank you all for your wishes of love. Our collective cup runneth over." Alia Bhatt announced her pregnancy in an Instagram post in June this year. She married Brahmastra co-star Ranbir Kapoor in April this year at their house Vastu, in front of a few family members and close friends. The star couple had been dating for over 5 years before getting married. Their story began on the sets of Ayan Mukerji's Brahmastra, their first film together.

Meanwhile, Ranbir Kapoor was last seen in the smash hit Brahmastra. He will next be seen in Sandeep Reddy Vanga's Animal.He will also feature in an untitled Luv Ranjan project, alongside Shraddha Kapoor.