Sonam, Priyanka, Sonakshi vs Trolls: Lessons on How to #FightLikeAGirl 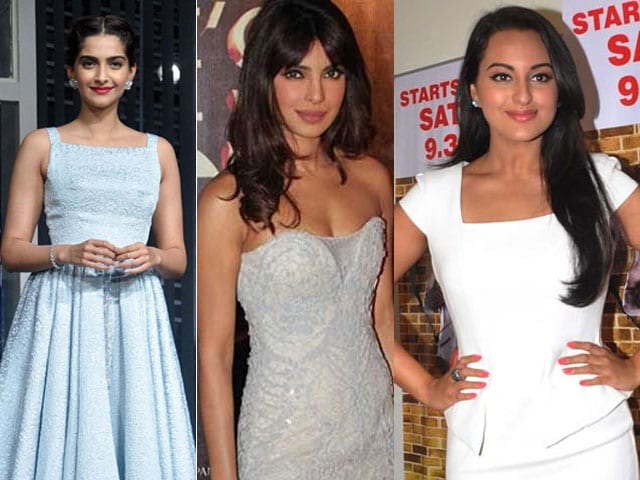 Sonam and Priyanka praised Sonakshi for standing up to trolls

Sonam, who was trolled herself a day before Sonakshi for including the word 'misogynistic' in a tweet about the meat ban in Mumbai, congratulated the actress for not backing down and urged 'everyone out there' not to let themselves be silenced: (Also Read: First Sonam, Now Sonakshi. 10 Bollywood Celebs Trolled on Twitter )

I'm super proud of @sonakshisinha for having the courage to have an opinion and not backing down.. #whattagirl#wearyourcourage#bulliessuck

To everyone out there please have the courage to stand up to bullies, trolls and people who generally put you down.. #wearyourcourage

Have an opinion whether it's good bad or ugly.. Let no one silence your voice.. Have the courage to stand up for what you think is right!

From the sets of her new American TV show Quantico, Priyanka Chopra also added her own tweet to the chorus, also adding the hashtag ##fightlikeagirl in conversation with Sonakshi:

Sonakshi thanked both actress, telling Sonam that "the feeling (was) mutual" and noting that Priyanka has been "saying it all this while - #fightlikeagirl."

The last word in the three-way conversation between the actresses went to Sonam:

Since moustaches,girlpower & musicians r ruling my TL I thought I'd post this! #throwbackhttp://t.co/kFxB2XBbK9pic.twitter.com/oS1G2WhOY0

Sonakshi found herself heaped with abuse for these tweets two days ago:

Why no ban on ignorance/negligence? What about the flood affected people of assam? Priorities people. Priorities.

She was fat-shamed and accused of 'double standards.' The actress, who is currently in Budapest filming Force 2, responded with a series of tweets:

Welcome to twitter. Whr only trolls r allowed to have their say yep, the only space they shud be takin up in life is the 140 chars here!

And the best part is, trolls think they are relevant, while we carry on with our happy and positive lives god bless you all!

Me: have something to say.Twitter: r u a troll? Me: no Twitter: NO u can't have an opinion. Go away. Shoo. *intimates other trolls* ATTACK