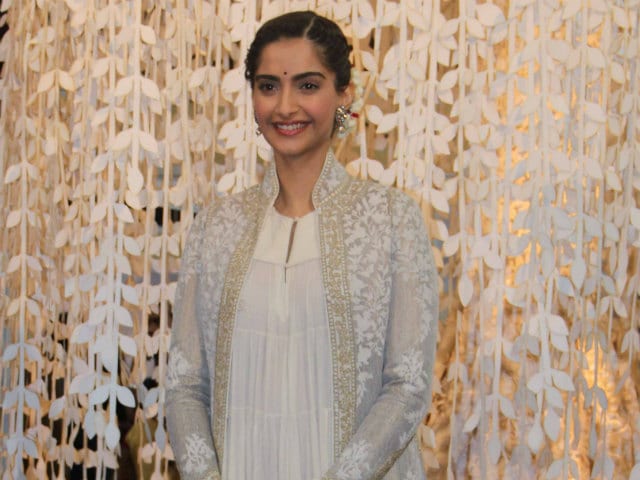 Mumbai: Actress Sonam Kapoor thinks that a biopic should be made on Indian sprint legend P T Usha.

Speaking at the event to celebrate the Golden Jubilee of IMC's Ladies' Wing, Sonam said: "Recently I have done a biography but yes if something good comes on women athletes that should be made. But at first, I do believe that we need to make a biopic on P T Usha."

The sprinter is regarded as one of the greatest athletes of India and is called the queen of Indian track and field.

"We always celebrated the success of athletes, like we made Milkha Singh's biopic. I hope many runners' get inspired by that. There is such a huge population in our country. I think there are so many talented persons whose biopics can be made," said Sonam, revealing she loves sports and that she played basketball and handball and was a runner too.

When asked about women empowerment, the actress said that she wishes the government invests more into female education and becomes more supportive.

"I feel I am blessed with a lot. It's my duty to give back in whatever way possible. I try to do that every day in my own little way," she said.

Asked about an RD Burman biopic, Sonam said: "Any person who has made an impact on the society and set a standard for music, a biopic can be made on him. The script ought to be respectful to celebrate the legend."

Promoted
Listen to the latest songs, only on JioSaavn.com
Sonam will be playing one of the leads along with Kareena Kapoor Khan in Shashanka Ghosh's chick-flick Veere Di Wedding. The film which is jointly produced by Rhea Kapoor and Ekta Kapoor also stars Swara Bhaskar and Shikha Talsania.