Sonam Kapoor Takes us Inside the Party For Will and Kate 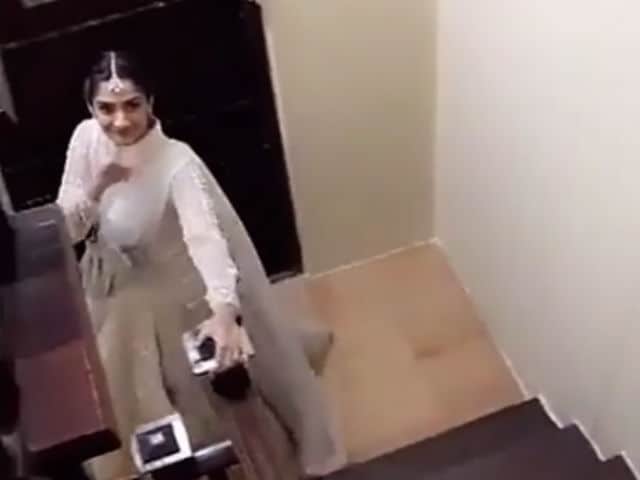 Sonam in a still from the video. (Image Courtesy: bollywood)

New Delhi: A good time was reportedly had by all at Sunday's Bollywood gala with Prince William and Kate Middleton - and perhaps none more so than actress Sonam Kapoor. In a video shared by the Instagram account Bollywood, believed to be sourced from Sonam's Snapchat, the 30-year-old actress dances the night away with her sister Rhea and colleague Parineeti Chopra.

Stunning in an Elie Saab ensemble, Sonam sings Daft Punk hit Get Lucky, does thumkas to her 2014 film Khoobsurat's party number Abhi toh party shuru hui hai and belts out Subah Hone Na De with other guests at the party.

Sonam Kapoor's Snapchat story gives us an inside look at The Royal Bollywood Gala Dinner. #SnapBollywood

Before letting their hair down, Prince William and Kate Middleton laid a wreath at the 26/11 memorial at the Taj Hotel and then played cricket with Sachin Tendulkar at a charity event where they also met underprivileged children.