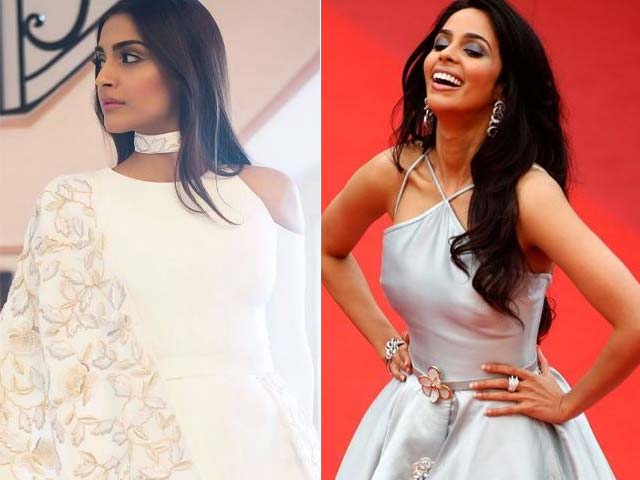 The pictures were posted on Instagram by sonamkapoor and mallik

New Delhi: It should come as a surprise to nobody that Cannes regulars Sonam Kapoor and Mallika Sherawat are in Paris right now, attending their favourite designers' shows at Fashion Week.

Sonam wore her heart on her sleeve quite literally on the Croisette, wearing Ralph & Russo exclusively all through the Cannes Film Festival. She was in the front row of the label's show on Monday, wearing another of the architectural white outfits that won over the French Riviera.

Mallika was spotted with Georges Hobeika, who dressed her on the Cannes red carpet.

Had the pleasure of meeting the great maestro @georgeshobeika himself. Thank you for transforming me with your beautiful gowns. #parisfashionweek #fashion #lifestyle

She had the designer to thank for her fashion week dress:

Thank you @georgeshobeika for the gorgeous dress, I feel like a princess :)#parisfashionweek #hermesbirkin #fashion

Both Sonam and Mallika also took in the sights of Paris:

From Paris , with love

Brunching at Le cafe Marly with a perfect view of the Louvre :)! #parisdiaries #instatraveling #sundaybrunch