Sonam Kapoor: 'I Want To Be Part Of Films That Say Something To The Society' 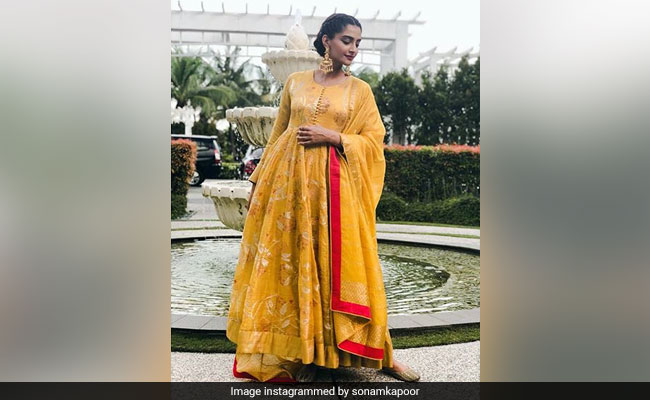 Sonam Kapoor wants to be part of a film which has an "impact" on society and is entertaining at the same time, the actress told news agency PTI. The 33-year-old actress, who is currently shooting for The Zoya Factor said: "A film works when you have belief in a story and your character. Then it definitely works out. I also look if the story or my character is going to impact society and is it going to entertain people while saying something. I want to be part of films that say something to the society and entertain as well."

Sonam Kapoor, who will complete a decade in the industry this year, was last seen in Sanju, which is a biopic based on the life of actor Sanjay Dutt. Sonam Kapoor played one of Sanju's love interests in the film. She had a small but significant role in the Rajkumar Hirani-directed film. Sonam said that she is "really happy" that none of her films have failed to perform at the box office in the last six years. "From the time Raanjhanaa released, things are looking good. I am really happy about it. I had couple of directors who believed in me and also there was a shift in perception. It has been six years and thank God I have not seen any film that has failed," Sonam Kapoor told PTI.

As mentioned earlier, Sonam is shooting for The Zoya Factor, which also features Dulquer Salmaan, Angad Bedi, Sanjay Kapoor and Sikandar Kher. Speaking about why she chose to do the film, Sonam Kapoor said: "Everybody thought I should play Zoya, it is a fun part. I wanted to do something light-hearted but everyone wanted me to do drama. After Khubsoorat, I am doing a light-hearted film. Abhishek Sharma (director) is an amazing person. I have started shooting with Dulquer Salmaan." The Zoya Factor is a movie based on Anuja Chauhan's bestseller with the same title.