Sonam Kapoor Has Been 'Abused' For Setting Fashion Trends 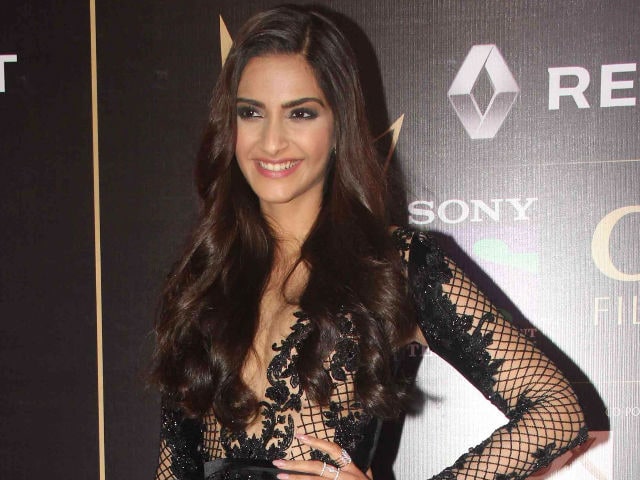 Sonam Kapoor photographed at an event in Mumbai.

Mumbai: Known as the fashion icon of Bollywood, Sonam Kapoor said that many actresses in the industry blame her for starting the trend of always being stylish.

The Prem Ratan Dhan Payo star said a "big actress" once told her how she had to shell out a lot of money to pay for her stylist to look good.

"A lot of actresses are abusing me for it. I remember a very big actress telling me, 'Sonam, why did you do this. You know how much money I am paying my stylist right now'. I was like, 'I don't pay my stylist, it's my sister or I just style myself.' You just have to be yourself," she told reporters. (Also Read: Sonam Kapoor is the Best Style Icon in Bollywood, Says Athiya Shetty)

Sonam said film stars have to be careful while setting a trend as they are influential.

"As movie stars we have such a huge say in how the market is going to be like. Whether it's the movies, or cricket, we all started dressing up in a certain way and started wearing make-up. We unfortunately or fortunately set trends so we have to be very careful in what we do and what we say," she said.

Sonam, however, feels she should be called "stylish" rather than a "fashionista".

"Being fashionable and being stylish are two different things. Style is able to carry whatever you are. I hate it when people call me fashionista, I'd rather have people call me stylish."

Recently, actress Athiya Shetty was compared to Sonam for her style statement. When asked for her views about it, the Raanjhanaa actress said, "I love Athiya, I think she is incredibly beautiful. She is very sweet and I think she is like a gazelle, she is very beautiful."