Sonam Kapoor and Anand Ahuja are expecting their first child together 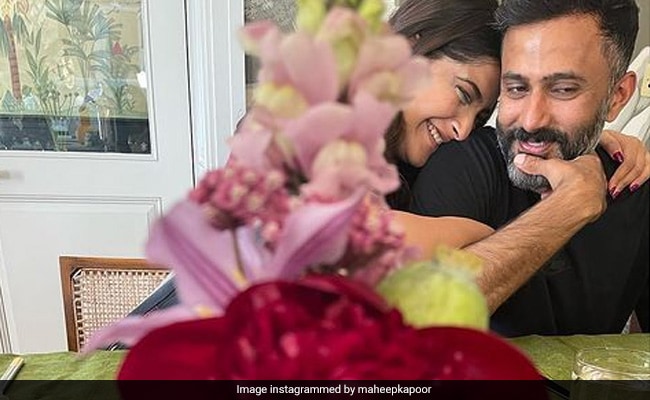 Mom-to-be Sonam Kapoor and her husband Anand Ahuja were perfect hosts to her aunt Maheep and uncle Sanjay Kapoor, who visited the couple in London. Maheep Kapoor shared pictures from Sonam and Anand's Notting Hill home in London. Maheep Kapoor captioned the post: "Afternoon with my beautiful niece, baby bump and Anand. Every day phenomenal." The album has inside pictures of a lavish lunch spread, a dessert counter and also the stunning house itself. Not to mention pictures of Sonam Kapoor and Anand Ahuja.

Sonam Kapoor's uncle Sanjay Kapoor too shared a picture on Instagram and wrote: "Was so nice to see my beautiful pregnant niece and Anand at their beautiful home."

Earlier this month, we also got a glimpse of Sonam Kapoor's baby shower in London and it was all things pretty. See the photos here: