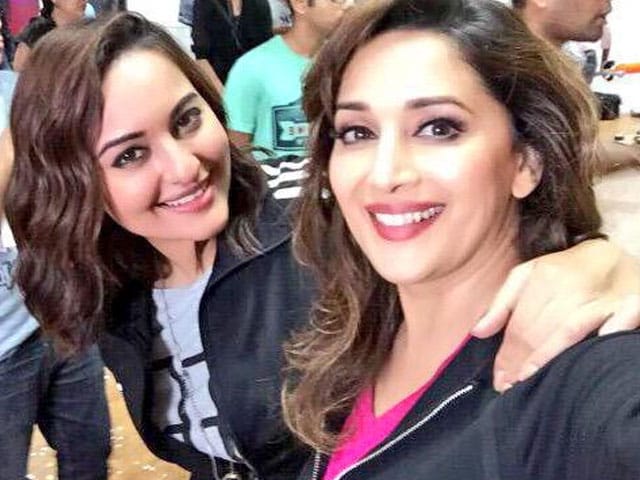 New Delhi: Sonakshi Sinha, who is in San Francisco for the 'Fusion Tour 2015', finds it hard to keep her excitement in check and is flooding her Instagram and Twitter feed with pictures posted in true travelogue-style. Take a look:

I am in LOVE with San Francisco!!!!

The Action Jackson actress who was also joined by Bollywood dancing diva Madhuri Dixit, her Holiday co-star Akshay Kumar and Rowdy Rathore director Prabhu Deva for the same, performed for a "fantastic crowd" in Houston on the evening of August 22. And that is when her dream came true. This is what she posted in the wee hours of August 23.

With the most stunning @MadhuriDixit! Was a dream come true dancing to dola re dola on stage with her yest! She ispic.twitter.com/1K1kZvI3gl

Earlier, Sonakshi had also thanked the audience at Houston for making the show "Such a big hit!":

Thank you HOUSTON for making Fusion such a big hit! We were sold out and you were a fantastic crowd... What energyyy! pic.twitter.com/Mfh1PicebI

The 28-year-old actress had also provided a 'sneak peek' video from the rehearsals of Fusion Tour 2015 on August 22.

Houston are you ready for #FUSION?!? Heres a sneak peak from rehearsals... See you in a few hours! #dancedance #stage #performance #live

En-route San Francisco Madhuri too had shared a selfie on Twitter:

On the professional front, Sonakshi who made a special appearance in All Is Well, is busy shooting for AR Murugadoss' upcoming thriller Akira. (Also Read: Sonakshi Sinha Takes a Mumbai Local For Akira)