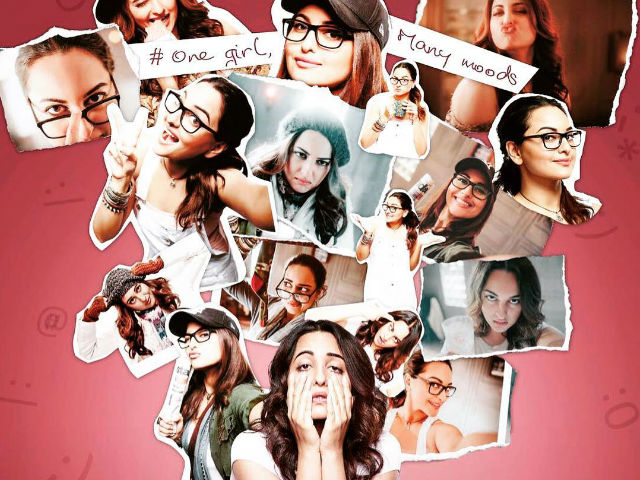 New Delhi: Actress Sonakshi Sinha's film Noor, in she plays the role of a journalist, is set to arrive in theatres on April 21 next year. Noor, a crime thriller comedy, is an adaptation of Pakistani novel Karachi, You're Killing Me! by Saba Imtiaz. Sonakshi Sinha announced the film's release date in a tweet and said: "She's sunshine mixed with a little hurricane. She's every girl. She's #Noor #IAmNoor." Noor is directed by Sunhil Sippy.

Here's what an excited Sonakshi tweeted along with a new poster from the film:

Noor was earlier scheduled to release on April 7. The film is about Noor's misadventures and about her finding a lover. Meanwhile, the book tells the story of a young journalist, who is unable to tolerate the elite people in Karachi. With the profession of a journalist in one of the most dangerous cities in the world, Ayesha Khan's job often includes turning up at spots where an explosion took place and thereby get a horrific view of the scattered body parts. Ayesha struggles to deal with her life but deep within she wishes to find a nice lover for herself.

Sonakshi was seen in last Friday's Force 2 with john Abraham and Tahir Raj Bhasin. In Force 2, Sonakshi plays the role of a RAW agent named KK and the film she has some pretty impressive action scenes featuring the 29-year-old actress. Sonakshi in an interview to news agency IANS said that the lines of gender divide in Bollywood are fast fading and added that it is a great time for female actors to take risks with new characters and stories. "If there is any time to take risk, it is now with films, filmmaking and characters, because we never know what clicks with the audience. And every time you give them something different, they accept it and lap it up," Sonakshi told IANS.

Before Force 2, Sonakshi Sinha featured in AR Murugadoss' Akira, again an out-and-out action film. "I made a promise to myself that Akira onwards, I only want to do roles that challenge me in one way or another," she told IANS.

Promoted
Listen to the latest songs, only on JioSaavn.com
Noor also stars Kanan Gill, Shibani Dandekar and Purab Kohli, who was recently seen in Rock On 2. Purab's currently busy with TV show P.O.W - Bandi Yuddh Ke. Sunny Leone stars as herself in a cameo.