Sonakshi Sinha Would be a 'Runaway Bride.' On One Condition 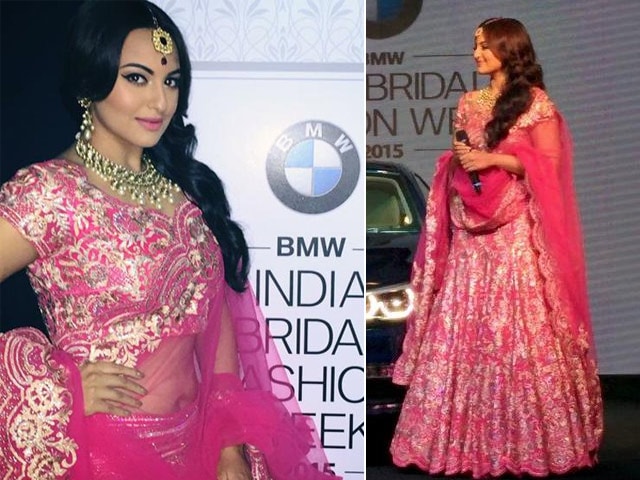 New Delhi: Bollywood actress Sonakshi Sinha expressed her desire to be a 'Runaway Bride', but only on the condition that she be given a swanky set of wheels. The actress was speaking at an event to launch BMW India Bridal Fashion week.

The actress, who working hard on A R Murugadoss' Akira, said, "It is a great time for women in Bollywood."

Akira is Sonakshi's first women-oriented role and the Dabangg actress said she is happy that women are the new heroes: "More power to the girls."

So does that mean she will now think of disengaging herself from her Rs 100 crore heroes? "No, we still need the heroes," she laughed.

Sonakshi is also excited about making her singing debut in Akira and will also sing at the IIFA Awards in June. (Also Read: Sonakshi Sinha Will Sing at Musical Event IIFA Rocks)

Ask her if she wishes any dialogue from the '70s was hers, and she says, "No, not really. I have Dubsmash, no?"