Sonakshi Sinha on Why She Did Action Roles in Akira, Force 2 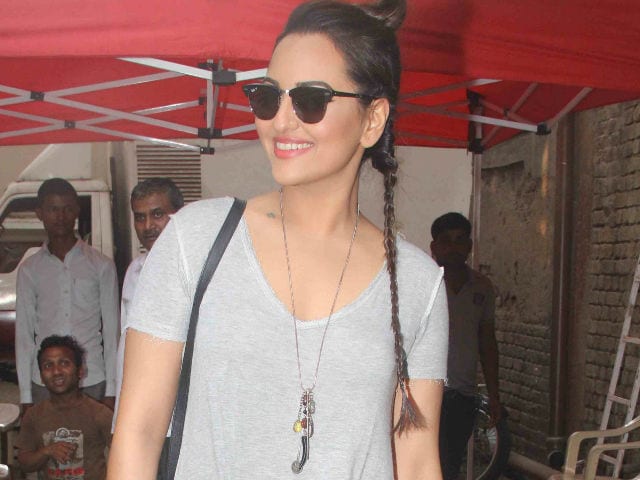 Sonakshi Sinha photographed outside a studio in Mumbai.

New Delhi: Actress Sonakshi Sinha, who is all set to stun the audience with her action packed roles in the upcoming films Akira and Force 2, says she felt that she could pull it off and look convincing in the action films.

The 28-year-old actress has played the hero's love interest in films like Dabangg series, Rowdy Rathore and Lootera.

When asked if she is trying to break that image, Sonakshi told IANS: "I think it just happened. It is not something that I have consciously tried. I just think that the roles that came to me were really good and I felt that I could pull off or carry it off and also look convincing while doing this action."

The Tevar actress said that she is happy about doing some action-filled roles in the films.

"I have done something that I have really enjoyed, so yeah I am very happy about that," she added.

Of other details about Akira, Sonakshi said: "They are just figuring out a release date and I assure you that it will be soon enough and will have all the details that you need."

Akira will be Sonakshi's second film with director by A R Murugadoss after Holiday: A Soldier Is Never Off Duty. She will be seen performing martial arts in the film, which also features her father actor-politician Shatrughan Sinha. (Also Read: Sonakshi Sinha is 'Fearless.' John Abraham is 'Proud' of Her)

Force 2, on the other hand, stars actors John Abraham and Tahir Raj Bhasin, and is directed by Vipul Amrutlal Shah.