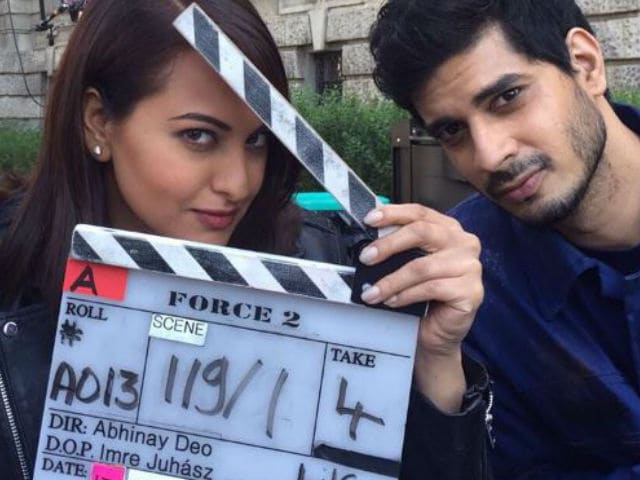 This image was posted on Instagram by Tahir Raj Bhasin

New Delhi: Actor Tahir Raj Bhasin praised on his Force 2 co-star Sonakshi Sinha, saying that she is an "absolute rockstar."

"I have to say that in this project, working with John Abraham and Sonakshi Sinha has been an absolute blast. Sonakshi is an absolute rockstar. She has got a great taste in fashion and music," Tahir told IANS.

The 29-year-old actor, who made started his career in Bollywood with 2014 film Mardaani, starring Rani Mukerji, also shared that his other co-star John Abraham has been like a mentor to him.

"John has been a mentor on the sets. This is a more physically demanding script than Mardaani. John has helped me with fitness, diet and has even shared his physical trainer with me," he added.

As a newcomer, how does he feel to work alongside Bollywood superstars?

"I think it is a huge compliment that directors and producers see that I can match the game with these established actors," he said.