Sonakshi Sinha Argues With Singer Armaan Malik Over Her Bieber Gig, Mistakes Him For Brother 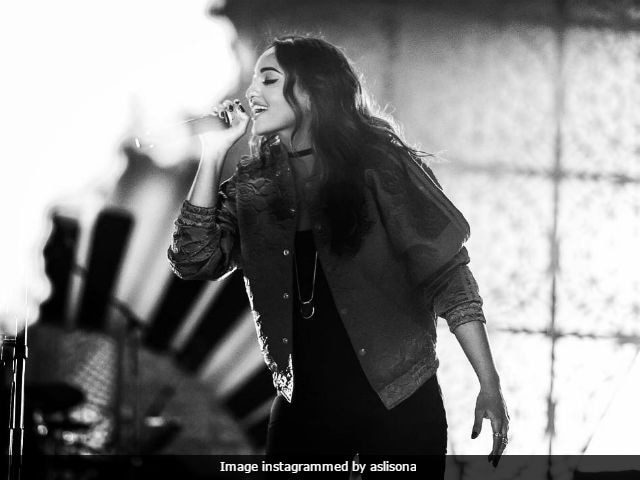 New Delhi: Sonakshi Sinha's next gig - as the opening act for Justin Bieber's Mumbai concert next month - hasn't hit the right note in a certain and very significant quarter. Why is a 'non-singer' performing at a high-profile musical event, legit musicians are asking. After singer Kailash Kher said it would send the wrong message, Armaan Mallik posted a series of tweets saying that the 'stage and mic' should be left to singers like him. His tweets swiftly escalated into an argument with Sonakshi online when she defended herself saying "art in any form shouldn't be suppressed" and appeared to confuse Armaan with his brother, composer Amal Mallik.

It began when Armaan Malik tweeted: "Agree with Kailash Kher sir. Actors are actors and singers are singers. Leave the stage and mic to us. That's our playground, not yours."

The conversation, as it happened:

I Agree with u sonakshi.. but I voiced what I felt about how singers are shunned in our country & given lesser importance than actors!! https://t.co/Gnwshe01GP

You are mistaking me for @AmaalMallik he is the composer :) https://t.co/7TpVl96EzR

It takes years of practice & devotion to be a professional. Be it acting, singing or any art for that matter. If u do something, do it well.

Millions of singers are finding opportunities to work. Imagine how crushed they would feel when they see non-singers getting that chance?!

Promoted
Listen to the latest songs, only on JioSaavn.com
What Mr Kher originally said to news agency IANS about Sonakshi Sinha is this: "I read somewhere that Canadian singer Justin Bieber is coming to India, and Sonakshi will perform at the gig. The news was cute, but quite a lie. It doesn't give a good message internationally. "They (people from foreign shores) will think that Sonakshi must be a big singer in India. And then she will get concert offers from Canada, and then probably Sonakshi will laugh them off saying 'I am not a singer but an actor."

Sonakshi Sinha, who also performed ahead of the Coldplay concert some months ago, and Jacqueline Fernandez are expected to be part of Justin Bieber's Mumbai concert on May 10. "I'm looking forward to this event," Sonakshi Sinha told IANS earlier.