Sonakshi And Varun Can Take "Crazy to a Whole New Level" 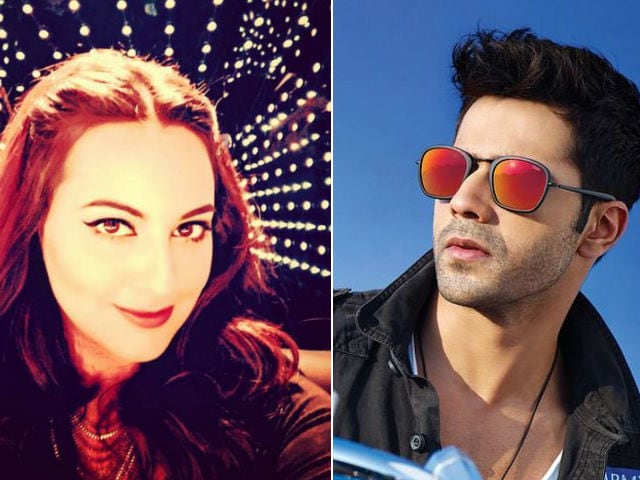 Mumbai: Actress Sonakshi Sinha says she wants to do a "mad comedy" film with actor Varun Dhawan. Sonakshi also shared that she believes that both of them will take the comedy genre to a "new level" and bring the house down.

During a live chat session on Twitter with a leading magazine, Sonakshi was asked "An actor you're looking forward to work with?". The Tevar actress replied: "Varun for sure! I want to do one mad comedy with him. I think we'll take crazy to a whole new level."

Sonakshi had recently shared a Dubsmash video starring herself and Varun, in which they lip-synced a famous funny dialogue of Paresh Rawal from Hera Pheri.

Since no one has cast @varundvn and me in a movie yet, we did it ourselves. #inflightboredom #traveldiaries #icanteven #funnybusiness #flairfordrama #massy #clowns #comedy

The actress, who is busy shooting for her upcoming films Akira and Force 2, also said that that she thinks the Bollywood's sexist actor is Hrithik Roshan.