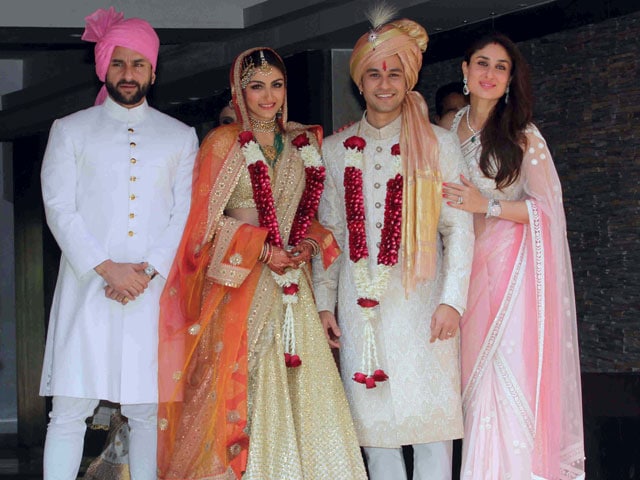 Family Album: Saif, Soha, Kunal Khemu and Kareena pose for a picture together

Theirs was the perfect royal family. While the bride looked lovely in a cream and orange lehenga-choli, her sister-in-law was spectacular in a champagne-pink sari by designer Manish Malhotra. Saif was the perfect nawab in a white achkan, a pink turban adding to his dapper look. 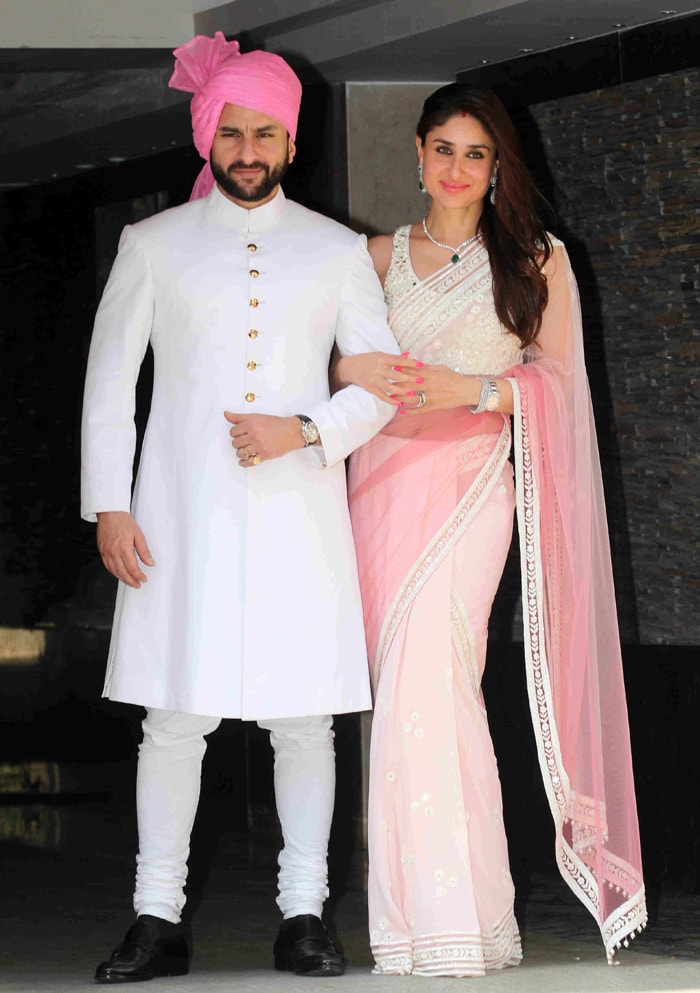 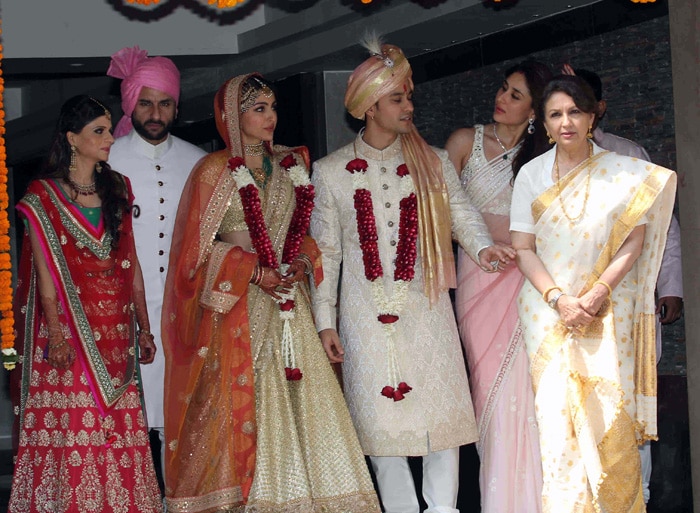 Conspicuous by her absence was Saif's ex-wife Amrita Singh and their daughter Sara. Their son Ibrahim, a dead ringer for his father, stood tall by Saif's side. 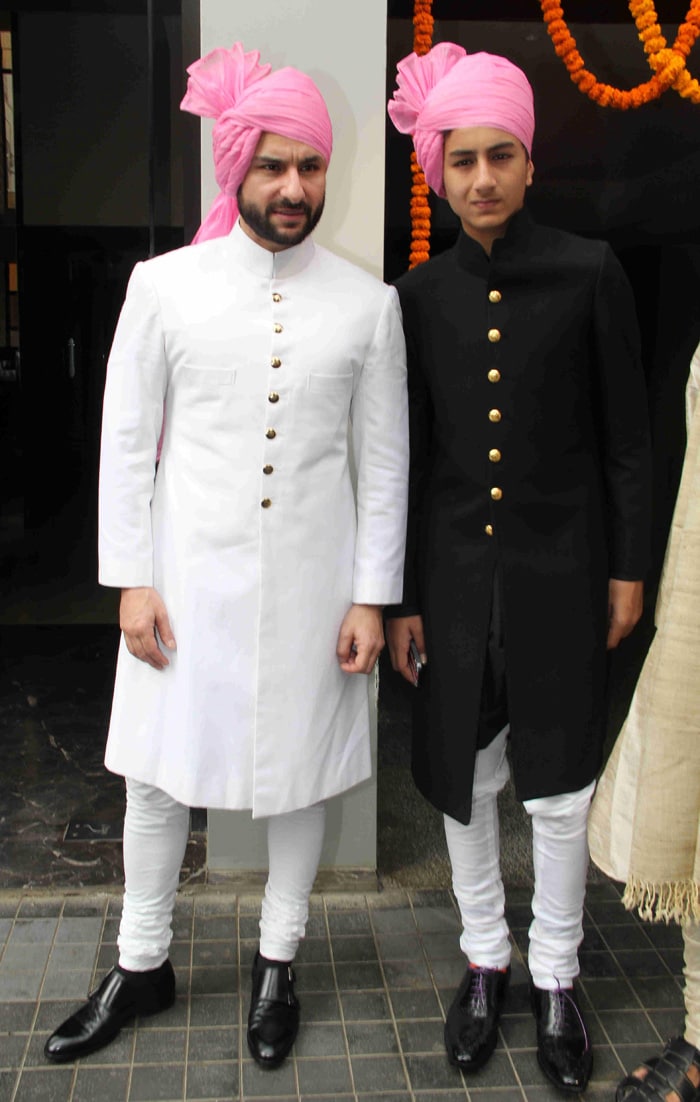 An ecstatic Soha later shared pictures from her wedding on Twitter

My last selfie as a single lady!! pic.twitter.com/KCS5UCTr0R

Soha's wedding festivities commenced on January 22 with an intimate bachelorette party thrown by her girlfriends, including actresses Neha Dhupia and Konkona Sen Sharma. A mehendi function was held the next day with Saif and Kareena by her side. The Rang De Basanti actress had worn a leheriya and gota-work outfit by Ritu Kumar.

The low-key wedding was a stark contrast to the grand celebration that marked Saif's wedding to Kareena in 2012.

Sushmita Sen Shares Special Post On Her 47th Birthday: "The Most Incredible Year Is On Its Way"