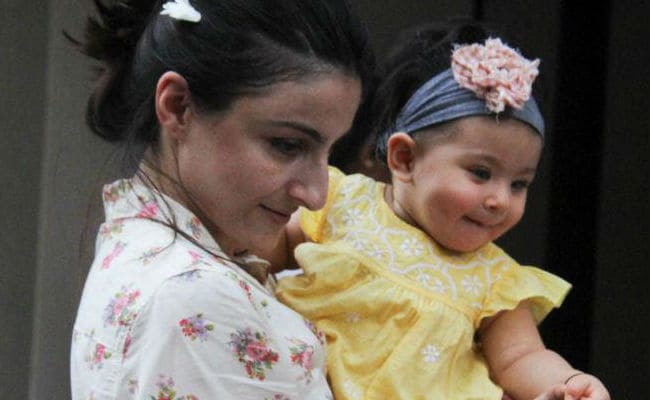 Soha Ali Khan will be next seen in Tigmanshu Dhulia's Saheb, Biwi Aur Gangster 3. Speaking about her role, Soha told IANS: "He called me last year October and asked what I was doing, I replied that 'I am busy in October as I am having a child' so obviously it was difficult for me to do a movie but they managed to use my character towards the end of the film."

"I can step away for short periods of time and I didn't realize it is only going to become more difficult to step away and its never enough time," she added.

Soha Ali Khan says that she hasn't been able to look after herself properly after the birth of Inaaya. Parties and all are different but Soha says she looks very different at home. "...I don't look after myself after becoming a mother but today for the event, I am all dressed up with makeup and stuff. If you look at me in my house... where I am not properly dressed and my hair is not done properly."

She credits her husband Kunal Kemmu and in-laws for reminding her to look after herself too. "Luckily, in my life, there are people like my husband, mother and in-laws who remind me to look after myself because if I fall sick, then it will have huge consequences on Inaaya so, it is very important to look after yourself and also important to be hygienic, clean and healthy which I have understood."

Apart from Saheb, Biwi Aur Gangster 3, Soha Ali Khan made a short film, titled Sound Proof, which will release in India after touring international film festivals. Soha and Kunal are also working on a biopic on lawyer Ram Jethmalani, which they will produce through their production company.