Sara Ali Khan looked beautiful in a light blue chikankari suit, which she paired with a colourful dupatta 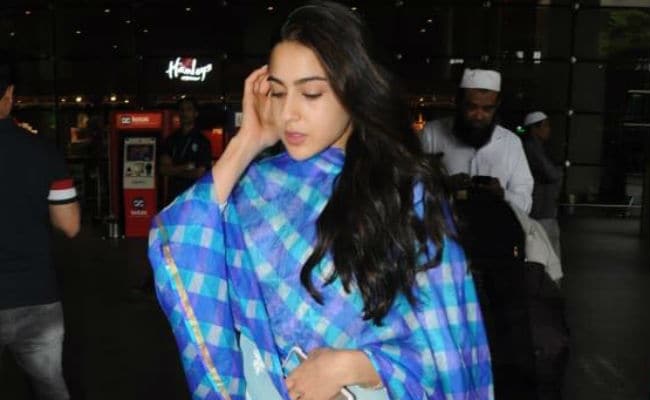 New Delhi: Sara Ali Khan, who was filming Simmba in Hyderabad, returned to Mumbai this morning, a day before Eid. Sara, as always, looked beautiful in a light blue chikankari suit, which she paired with a colourful dupatta. She was photographed at the airport minus her mom Amrita Singh, who had also accompanied her to destination Simmba (Hyderabad). Earlier this week, pictures of Sara and Amrita Singh, shopping at Hyderabad's famous Laad Bazaar, went crazy viral. The mother-daughter were pictured buying some accessories. Sara and Amrita Singh reached Hyderabad last week, where Simmba went on floors. Simmba, in which Sara co-stars with Ranveer Singh, is being shot at Ramoji Film City.

Take a look at Sara's pictures at Mumbai airport. 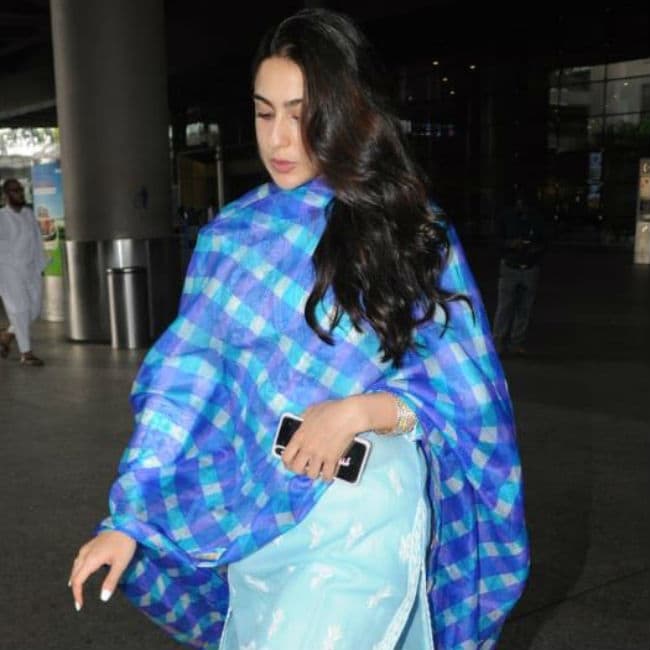 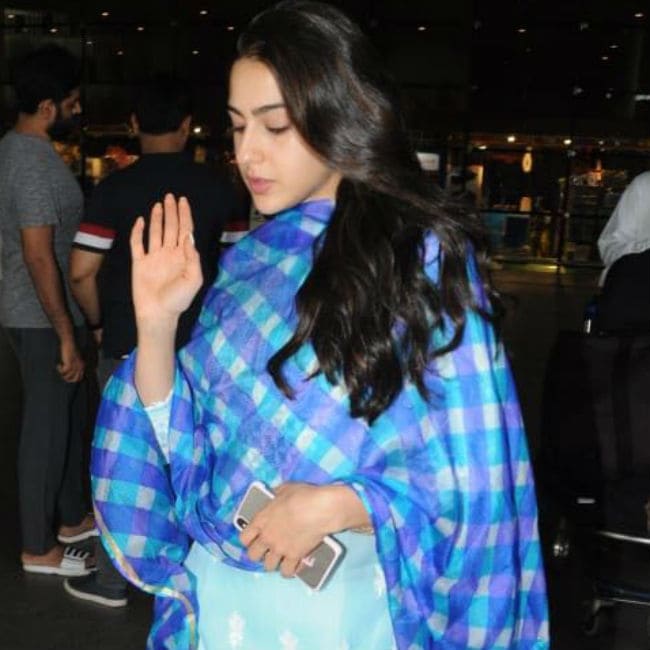 Here's her picture with mom Amrita, which went viral.

Sara is Amrita Singh's child with actor Saif Ali Khan, who is now married to Kareena Kapoor. Sara also has a younger brother Ibrahim while Taimur (Saif and Kareena's son) is her half-brother. Saif, Kareena and Taimur are currently holidaying in London.

Meanwhile, coming back to Simmba, the Rohit Shetty-directed film, is a remake of Telugu hit Temper, which featured Jr NTR and Kajal Aggarwal.

On Day 1 of shoot, team Simmba had shared these visuals from the sets. Ranveer Singh plays Sangram Bhalerao, a police officer.

Promoted
Listen to the latest songs, only on JioSaavn.com
Simmba is co-produced by Karan Johar and is slated to hit the screens on December 28.