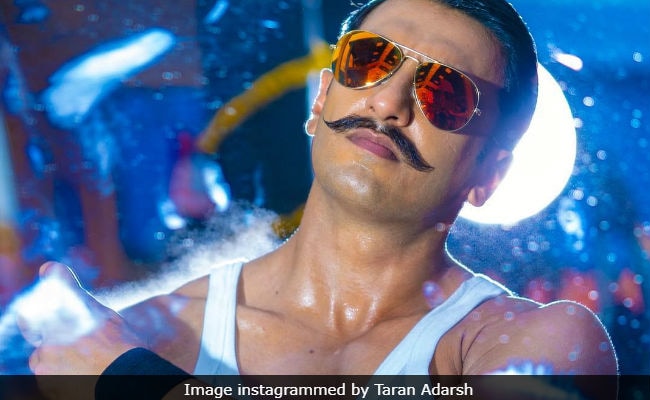 Rohit Shetty's 'smash hit' film Simmba, starring Ranveer Singh, collected Rs 139 crore as of Wednesday asn according to trade analyst Taran Adarsh, it shows no signs of slowing down. "Simmba is a smash hit... Continues to collect in double digits, even after New Year celebrations have ended. This one is not slowing down soon," he tweeted, along with the day-wise collection break-up. Simmba, which released on Friday, crossed the Rs 100-crore mark on the fifth day of its release and it became Rohit Shetty's eight consecutive 100-crore film. For Ranveer Singh, Simmba is his fourth film to cross over the 100-crore hurdle after Ram-Leela, Bajirao Mastani and "Padmaavat" - all three directed by Sanjay Leela Bhansali.

Ranveer Singh was bowled over by the success of Simmba and told news agency IANS: "I'm extremely grateful to the audience for the love they have showered on my performance and on the film. It is encouraging and truly humbling. It has been an absolutely incredible year for me, and the success of 'Simmba' makes it an ideal way to end the year -- on a huge, huge high."

Ranveer Singh, who plays corrupt-cop-turned-good-cop in Simmba, also thanked Rohit Shetty for believing he could pull off the role of Sangram Bhalerao aka Simmba. "I want to thank Rohit Shetty for believing in me and making me his hero. Rohit's vision propelled by the collective effort of his entire team has been the sole reason behind Simmba hitting the bulls eye," IANS quoted Ranveer as saying.

Ranveer Singh is now looking forward to the release of Gully Boy, which opens in cinemas on February 14 and then Kabir Khan's '83. This year, Ranveer will also start filming Takht, which is slated for 2020 release.