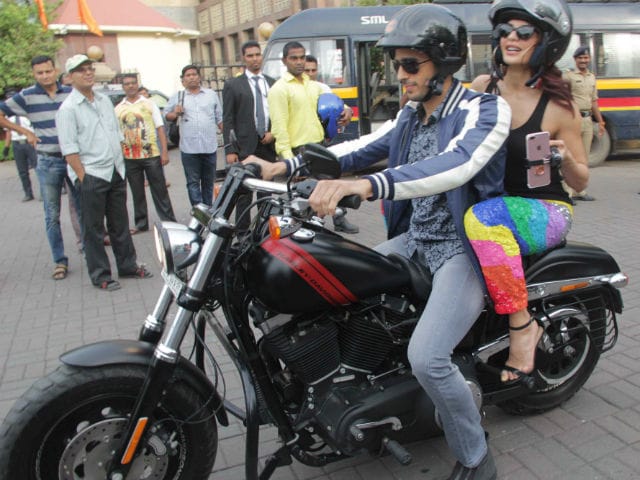 New Delhi: Actors Jacqueline Fernandez and Sidharth Malhotra amazed the fans and promoted their upcoming movie A Gentleman in a very cool way by riding a bike in Mumbai on Thursday. Sidharth was seen riding the bike while his co-star Jacqueline accompanied him and captured their bike ride on the phone. The Baar Baar Dekho actor wore a blue jacket while his Brothers' co-star looked all bling in rainbow sequin pants and a black top. The two actors enjoyed their ride a lot in Mumbai's monsoon. Sidharth Malhotra, who plays a double role in A Gentleman did not look sunder and susheel, but definitely looked risky on the bike. 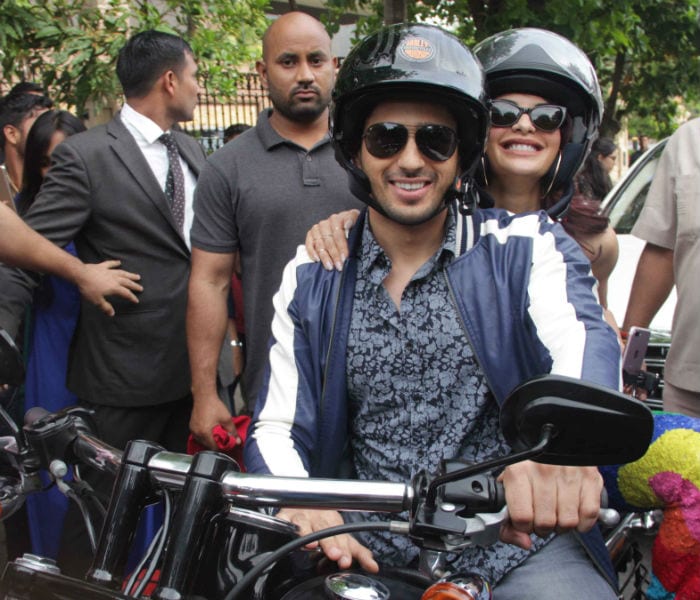 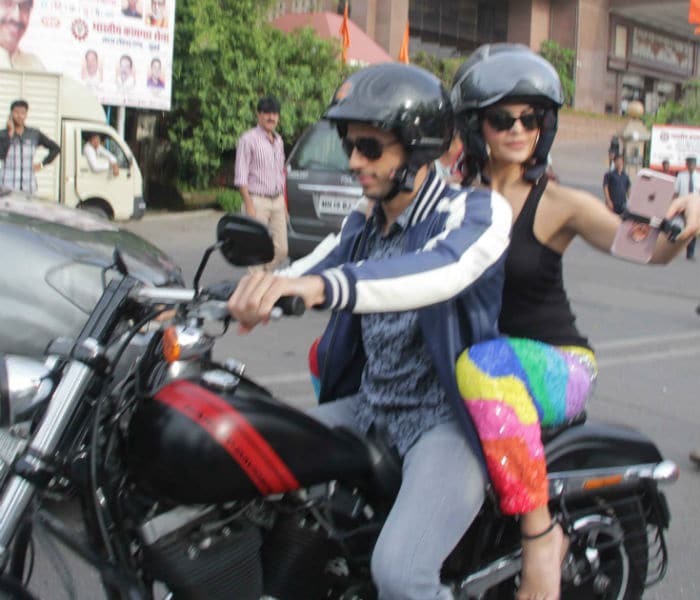 The two actors are promoting A Gentleman in high spirits. They are often spotted at various places in Mumbai and also on the sets of TV reality shows.

On Wednesday, Sidharth and Jacqueline along with the music composers of A Gentleman launched the new song from the film titled Bandook Meri Laila. The actors had their dancing shoes on and entertained the audience during the promotional event.

A Gentleman, directed by Raj Nidimoru and Krishna D.K. is about Gaurav (played by Sidharth Malhotra) who has to channel his inner gangster to impress Kavya (Jacqueline Fernandez). Sidharth and Jacqueline shot for the film in Mumbai and Mauritius. The film will hit the screens on August 25.