Sidharth Malhotra, In Kargil For Shershaah, Injured After Bike Skids Off Road

"Accidents like these do happen and cause a bit of a lapse in the schedule, but I think it could have been much worse," said Sidharth Malhotra 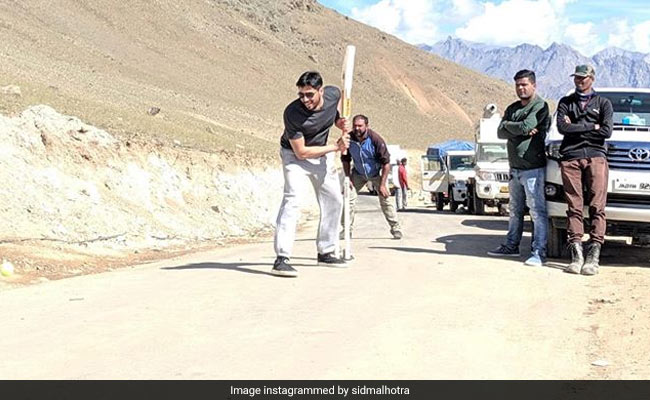 Sidharth Malhotra is in Kargil for Shershaah (courtesy sidmalhotra)

Actor Sidharth Malhotra, who is currently in Kargil for his new film Shershaah, suffered an injury after his bike skid off a hilly road on Saturday, reported news agency IANS. However, the 34-year-old actor continued with the film's shooting schedule despite suffering injuries which will take over a week to heal. "There was a danger of some infection because we (Sidharth and his co-star Shiv Panditt) fell on the road. The injury will take at-least a week plus to heal, however given the schedule and scale of the film, I didn't have that time to recover," IANS quoted Sidharth as saying.

Sidharth Malhotra, who met with the accident after venturing on a bike ride with his co-star Shiv Panditt, added: "Accidents like these do happen and cause a bit of a lapse in the schedule, but I think it could have been much worse. Hopefully in the next few days, I will be absolutely fine," reported IANS.

According to a Mumbai Mirror report, Sidharth was riding pillion on the bike with Shiv Panditt on the rider's seat, when Shiv reportedly lost his balance and Sidharth had to apply the brakes, resulting in the bike to skid off the road. "After the shoot, Sid and Shiv had ventured out for a ride when Shiv lost his balance and slipped off his bike. Sid, who was right behind him, had to apply brakes due to which his bike skidded, resulting in hand and leg injuries," the publication quoted a source as saying.

Sharing his experience of shooting in Kargil, Sidharth told IANS that the team faced several challenged while shooting on a hilly terrain: "We have shot in mountains similar to the ones where the battles were fought. The rocks were extremely sharp, and they can't be controlled. So there were ample of challenges that came in for safety while doing the action and the team did everything to ensure that we are safe."

Shershaah is based on the life of Captain Vikram Batra, who died in the Kargil War and was honoured with the Param Vir Chakra posthumously. Directed by Vishnu Varadhan, Shershaah also features Kiara Advani as Sidharth Malhotra's co-star. The film went on floors in May this year.