"Whether it was a Kaala Chashma or Chull, they have all been recreations and they have all worked really well in the past," said Sidharth 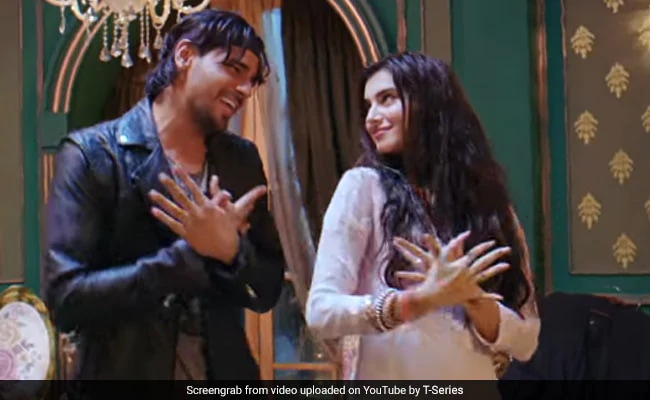 Tara Sutaria and Sidharth Malhotra in a still from Masakali 2.0. (Image courtesy: YouTube)

Sidharth Malhotra, who features in Masakali 2.0, alongside Tara Sutaria, recently spoke about the flak received by the remix. In a video conference session with Rajeev Masand, Sidharth addressed the ongoing controversy about the song that has been recreated by Tanishk Bagchi, and sung by Tulsi Kumar and Sachet Tandon. Sidharth said that he gets marked on the tweets regarding the song and told Rajeev Masand, "It's very easy for people to say - I mean, everyone is to be blamed for it as a team." The actor, who has been a part of remixes like Kaala Chashma and Kar Gayi Chull, added, "I have done remakes in the past of different artistes. Whether it was a Kaala Chashma or Chull, they have all been recreations and they have all worked really well in the past. There is no conversation of whether I endorse it or not endorse it. Whether it is good or bad."

During the session, Sidharth also spoke about how he would have reacted if any of his film was remade and if it wouldn't have been good enough. "I keep thinking from an actor's point of view, if someone had to remake a film that I have been a part of and it has not been done with utmost taste or to someone's satisfaction, of course it can be annoying. So in that case, yes, it is completely valid," said the actor.

The actor added, "I don't think the audience has the patience now or they are not excited by that we are not really creating new melodies. So as an audience, as a listener, I completely agree. Actors also get far more excited with a brand new song."

The originalMasakali, starring Sonam Kapoor and Abhishek Bachchan. It also featured a pigeon named Masakali and it brought to life the nuances of old Delhi. The song was composed by Oscar-winning composer AR Rahman, sung by Mohit Chauhan and the lyrics were by Prasoon Joshi.

After the release of the remake, AR Rahman shared a cryptic tweet, with no mention of the reprised version and he wrote: "Enjoy the original Masakali. No short-cuts, properly commissioned, sleepless nights, writes and re-writes. Over 200 musicians, 365 days of creative brainstorming with the aim to produce music that can last generations."

Meanwhile, Jaipur Police, in their recent tweet, warned the violators of the lockdown and stated that they would play the remix track on loop, as a form of punishment. Over the weekend, the Jaipur police shared a tweet along with a cartoon, that read: "If you are unnecessarily roaming outside, we will put you in a room and play Masakkali 2.0 on loop."

Lyricist Prasoon Joshi, who wrote the original, openly criticised the distributors of Masakali 2.0, in a tweet and wrote: "All songs written for Delhi 6, including Masakali close to heart. Sad to see when original creation of AR Rahman, Prasoon Joshi and singer Mohit Chauhan insensitively utilised. Up to the conscience of T-Series."

All songs written for #Delhi6 including #Masakali close to heart,sad to see when original creation of @arrahman@prasoonjoshi_ &singer @_MohitChauhan insensitively utilised. Upto the conscience of @Tseries. Hopefully the fans will stand for originality. @RakeyshOmMehra

Mohit Chauhan, who sung the original song, in a recent interview with news agency PTI, said that the song doesn't sound like Masakali and the makers should have renamed it. "I heard the song. But it doesn't sound like Masakali. So they could've called it something else but to say it's Masakali and then ride on the name of the song to make something else."