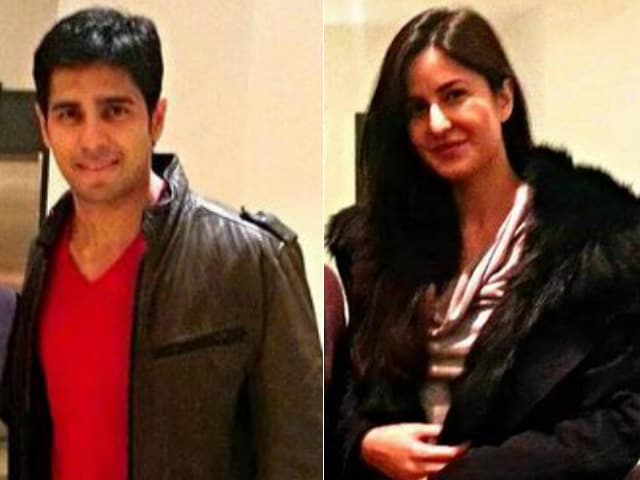 New Delhi: Actors Katrina Kaif and Sidharth Malhotra have completed the Glasgow schedule of their upcoming film Baar Baar Dekho. Sidharth posted a picture with Katrina and the film's director Nitya Mehra on Instagram and captioned it:

The film, which was earlier titled Kal Jisne Dekha, is a light-hearted, unique love story and will reportedly track 30 years of a couple's (played by Sidharth and Katrina) life till they reach the age of 60.

"It is a unique love story of these two people who span over a period of time. It gives us a chance to play different ages, there is an X-factor in it. There are different age groups that we have to play in the film. I have to age as the character grows. I am playing a character that grows from the age of 28 to 46 to 60. And to play these parts is tough, for me. I am excited to try prosthetics look," Sidharth had told PTI in an interview. (Also Read: Sidharth Malhotra, Katrina Kaif to Age as a Couple in Upcoming Love Story)

Produced by Farhan and Ritesh Sidhwani's Excel Entertainment, Baar Baar Dekho is scheduled to be released in 2016.

Baar Baar Dekho marks Nitya's debut as a director. She has earlier assisted Farhan Akhtar in films like Lakshya and Don. Nitya has also directed a few episodes of TV series 24, starring Anil Kapoor in the lead role. (Also Read: Sidharth Malhotra on the 'X-Factor' in His Love Story With Katrina Kaif)