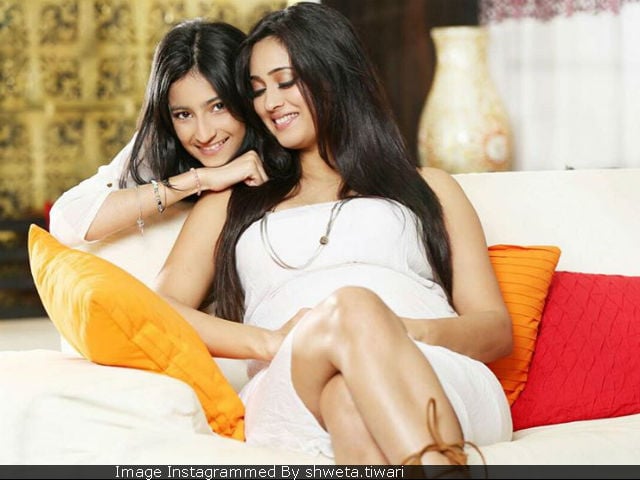 New Delhi: Television actress Shweta Tiwari, who gave birth to a baby boy in November last year, shared a picture of her daughter Palak and the baby on Instagram. The Parvarish actress captioned the image as: "My angels." Shweta, 36, married her Jaane Kya Baat Hui co-star Abhinav Kohli, 35, on July 13, 2016. The couple has named their son Reyansh Kohli. The actress was earlier married to Raja Chaudhary and Palak, 15, is her daughter from the previous marriage. Shweta had previously posted a heartwarming message on Reyansh's arrival in Mumbai on November 27. "From the moment they placed you in my arms, you snuggled right into my soul."

Reyansh Kohli... From the moment they placed you in my arms, you snuggled right into my Soul

Shweta and Abhinav first met on the sets of their serial Jaane Kya Baat Hui and started dating after quite some time. Reyansh is the couple's first child. A dotting papa too posted an adorable message for their little bundle of joy on his birth.

Your First Breath took Ours Away....!

Promoted
Listen to the latest songs, only on JioSaavn.com
Shweta began her career with Ekta Kapoor's Kaahin Kissii Roz. However, she became a household name after featuring as Prerna in Ekta's another TV serial Kasautii Zindagii Kay. She also participated in the dance reality show Nach Baliye with ex-husband Raja. The couple got divorced in 2007 after nine years of marriage. Shweta also won controversial reality show Bigg Boss 4 and she later featured in Naaginn, Parvarrish - Kuchh Khattee Kuchh Meethi and was last seen in Begusarai.