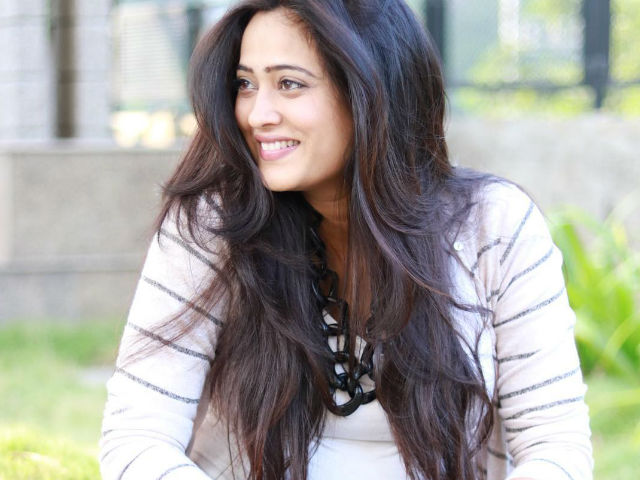 New Delhi: Television actress Shweta Tiwari revealed the name of her newborn son to her Instagram followers and shared the first picture (just a glimpse, though) of him on Tuesday. Baby Reyansh was born on November 27 at the Surya Child Care Hospital in Mumbai. The 36-year-old actress met actor Abhinav Kohli on the sets of TV show Jaane Kya Baat Hui and they married in 2013. Reyansh is the couple's first child together. Shweta also has a daughter named Palak from her previous marriage to Raja Choudhary. The Kasautii Zindagii Kay actress also wrote a heartwarming message for her newborn baby boy: "From the moment they placed you in my arms, you snuggled right into my soul."

This is what Shweta Tiwari posted:

Reyansh Kohli... From the moment they placed you in my arms, you snuggled right into my Soul

Abhinav also posted a picture of their son on Instagram and wrote: "Your first breath took ours away...."

Your First Breath took Ours Away....!

Before baby Reyansh arrived, Shweta Tiwari shared several pictures of her pregnant self and from her baby shower with husband Abhinav, daughter Palak and her friends. Here's a glimpse of Shweta Tiwari's pre-baby photo album: