Rajan Nanda was the chairman of Escorts Group 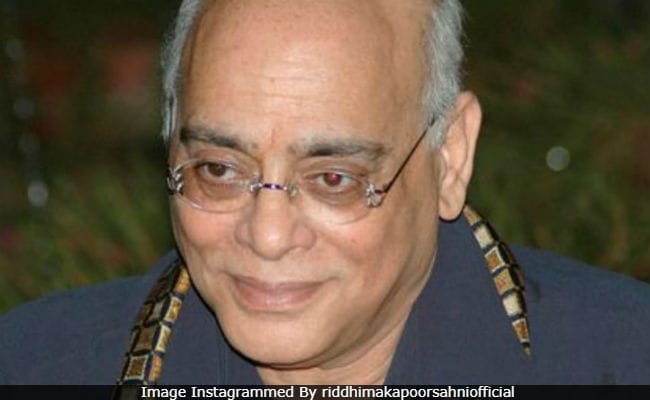 Businessman Rajan Nanda, father-in-law of Amitabh Bachchan's daughter Shweta Bachchan Nanda, died last night. According to reports, Mr Nanda died at a hospital in Gurgaon. Amitabh Bachchan, who was filming Brahmastra in Bulgaria, is currently on his way to India, he posted on his blog a few hours ago. Shweta is married to Rajan Nanda's son Nikhil Nanda. Shweta and Nikhil Nanda are parents to daughter Navya and son Agastya. "My relative Mr Rajan Nanda, Nikhil's father and father-in-law of Shweta, just passed away. Leaving for India," Big B wrote. Rajan Nanda was the chairman of Escorts Group while his son Nikhil is the managing director of the company.

"Yes, the personal tragedy is now in discloser and transmitted... but it had a lead... a lead of distress and anxiety and apprehension from a time of some immediate length... the obvious nested facts were not pressed into the print of this page, but there were hidden hints of them in it. My hidden heart can bleed within... unseen... but it takes not away the pain of its emission," Big B added.

Rishi and Neetu Kapoor's daughter Riddhima Kapoor Sahni, who is married to Bharat Sahni, a relative of the Nanda family, also shared the news on Instagram. "You were, are and will always remain a legend! Thank you for all the love always - will miss you so much uncle - until we meet again. RIP uncle Rajan," she wrote with a picture of Rajan Nanda.

You were are & will always remain a legend! Thank you for all the love always - will miss you so much uncle - until we meet again RIP uncle Rajan

A post shared by Riddhima Kapoor Sahni (@riddhimakapoorsahniofficial) on Aug 5, 2018 at 9:18am PDT