Shubh Mangal Saavdhan Will Definitely Have A Sequel, Says Director

"Right now there is only an idea and we will start working on a script. That will take time," said director R S Prasanna 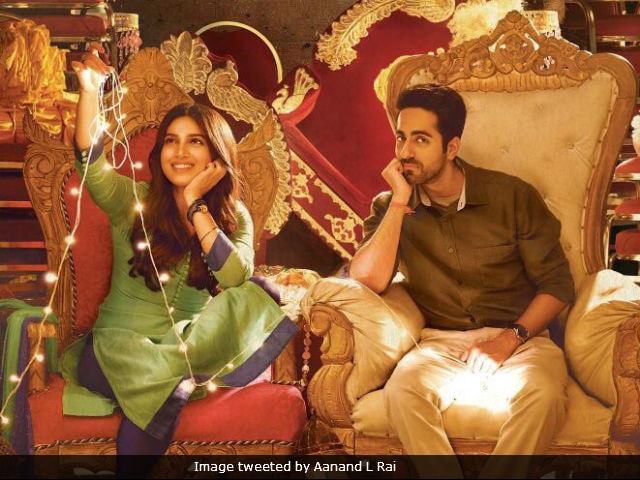 Mumbai: Shubh Mangal Saavdhan director R S Prasanna says he is sure that the film on erectile dysfunction will have a sequel. Prasanna, who was present at the success party of the film here on Tuesday night, was asked if there are any plans to make a sequel of the film, which features Ayushmann Khurrana and Bhumi Pednekar in lead roles. "Definitely, I have already told a story to Aanandji (producer Aanand L Rai). It will be very interesting. We were waiting for audience's response -- whether they want to listen to the next story or not, and we have received feedback from the audience. They loved Ayushmann and Bhumi's characters in the film, so definitely a sequel will happen," Prasanna said.

Shubh Mangal Saavdhan is a remake of the director's own 2013 Tamil film Kalyana Samayal Saadham and when Prasanna was asked how challenging it was to make the Hindi remake, he said: "It was tough, but luckily it has happened in right way. Aanand sir was there, so I knew as long as I do my job of directing the movie honestly and correctly and if he likes the film, then the audience will like the film."

"When I was making the Tamil film, that time I conceived the idea of a sequel. I feel, it will be really funny. Right now there is only an idea and we will start working on a script. That will take time," he added.

Producer Krishika Lulla also commented on making a sequel of the film.

She said: "I feel small issues of marriage will connect to people's heart, so that's what we are looking for. Whatever we make, if it can connect to any of us with what is happening in our daily life, it will be really fantastic."

Shubh Mangal Saavdhan revolves around Ayushmann and Bhumi's characters who fall in love and plan to get married. But the twist in the tale comes when the groom discovers that he suffers from erectile dysfunction.

Ayushmann expressed excitement about a possible sequel of the film, and said: "It's amazing, but I feel now the problem will be that what will be the 'problem' of part two. In the end of the film, we showed that his problem has sorted out, so in part two, he can become 'Alphamale'... So, we never know. We are looking for a plot line because it's a very quirky subject and it can be explored more."

As of now the team is happy about the response to the film, which has grown on word-of-mouth.

Prasanna said: "While starting the film, we always think that it will be the biggest hit. We also knew that people will appreciate our movie, but we were also saavdhan (cautious) about being honest to the film and we should make a film which is family friendly and not vulgar.

Promoted
Listen to the latest songs, only on JioSaavn.com
"I knew audience will like it but I never expected this kind of love and support for the film."